Field Mouse on the Bird Bell! 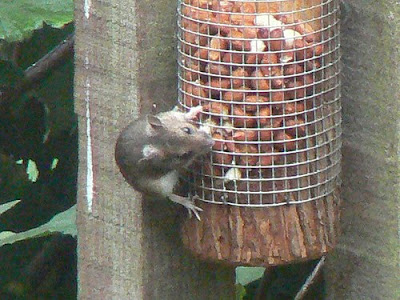 I didn't get a photo ( found this one on Google Images) and our mouse was feasting on one of those nut/birdseed bells wired to the windowscreen --- but three stories up! Saw him there last night,gorging himself, and he was still there this morning, sleeping on the birdbell!
Posted by Anne Higgins at 3:21 PM 3 comments: 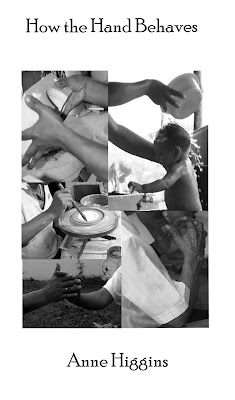 due out from Finishing Line Press on November 30.

Cover photo and design by my friend Deborah Humphreys
Posted by Anne Higgins at 4:40 PM No comments:

In the Hand of the Bander 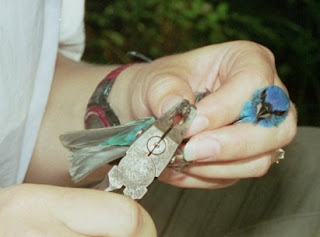 
In the Hand of the Bander

Not named for the coarse open fabric of flags,
but named after sifting seeds,
after blue dye from hairy blooms of the legume family
in India, Indigo Buntings flash,
hue of the portion of the visible spectrum from blue to violet
evoked in the human observer
by radiant energy,
by iridescence in flight.
Female Indigo Bunting
in the hand of the bander,
more subtle than your glorious mate,
deceptively brown,
outraged at your capture,
you biting the hand of the bander,
fierce as a falcon.
Posted by Anne Higgins at 4:32 PM 3 comments: