At the center of our very large house, we have a courtyard. 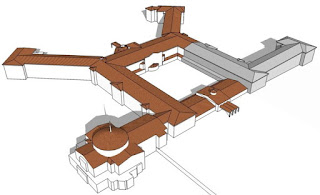 Here are some photos of it in times past: 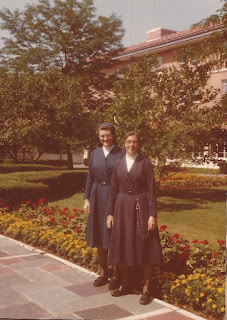 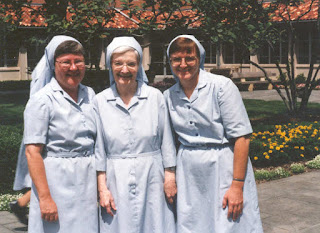 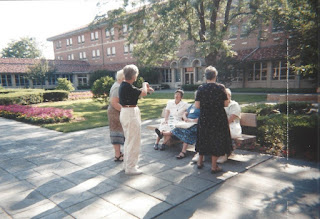 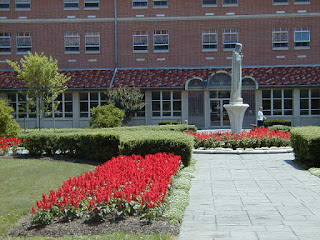 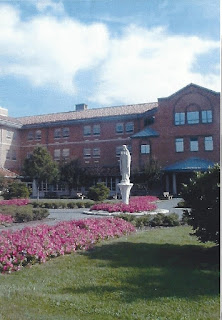 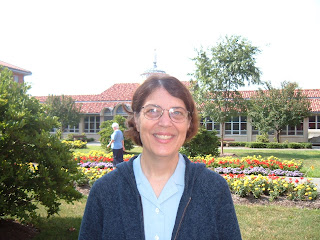 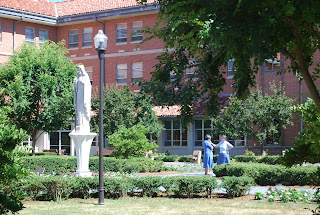 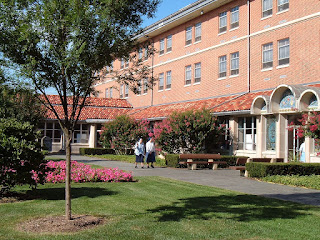 2003
There were four large shade trees in that courtyard, and the garden men cut them down because they were dying; the roots had gone down as far as they could and hit the ceiling of the underground store rooms.
So they planted new trees,  but a bad windstorm a year or so later blew one of them down, so the garden men removed the other three, and planted four dogwood trees.  Then, one of the dogwood trees died, so the garden men took all four of those out. Now we have four little evergreen trees, which don't look very healthy to me.  We will see if the garden men take them out.
Then, we have the Crepe Myrtle trees... Eight of them, I think.  They were flourishing  and blooming all summer, and the catbirds and robins nested in them in such a way that we could see them from the cloister corridor inside. 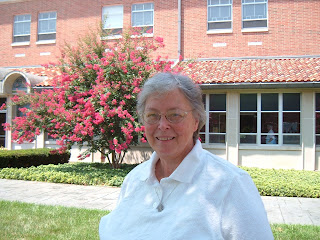 See how big that tree is?   Well, our new head garden guy had his men "trim" those trees down to where they became sad little bushes: 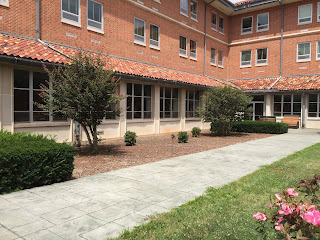 Note, too, that the garden men removed all the pachysandra that was a ground cover throughout the courtyard, and replaced it with three little azalea bushes, and some spring blooming bulbs.
So for three weeks in Spring, it looks like this: 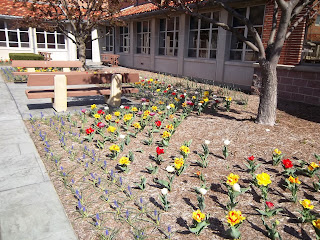 but the rest of the time, it looks like this: 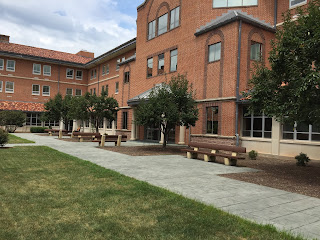 and in the center beds, the garden men planted very hardy rose bushes which bloom all summer: 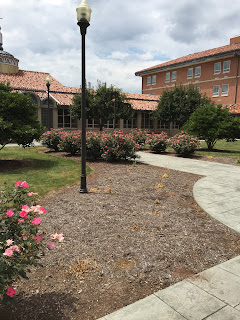 Except that there are these large bare spaces in which evergreen hedges ( much beloved by the birds) grew.   The garden me tried to plant a few Easter lilies there, and they grew and bloomed for about two weeks, then died.
So... I have this overflowing perennial garden around on the other side of  one of the wings.  In the first diagram, it's on the side of the grey wing... that's the one that will either be sold or razed in a few years.  So my garden is not long for this world. 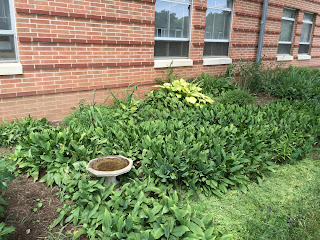 So I have been jumping through the hoops here with the chain of command with the Administrator, the CEO, and the Head Garden Man, offering to transplant many of the plants in my garden to the courtyard.  No cost.   So I have the OK, except that the Head Garden Man has written and said it should be put off until the fall so that the transplants won't die of shock in the August heat.
So I am waiting to see what happens in September.
In the meantime, I have begun to transplant in the bare spaces on the "D" side:  so far:
three Hostas, two Columbines, one Perennial Sage, some Cherry Bells, some Irises, some Foxgloves, a Dianthus, a Cardinal Flower,some Lamium Maculatum, and a Plumbago . 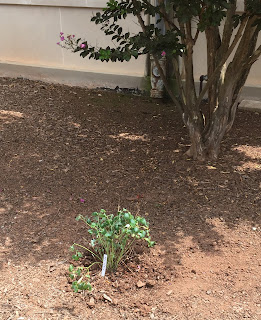 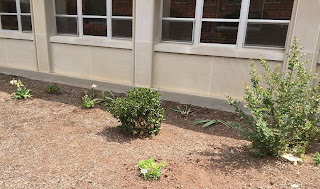 Foxglove, Iris, Dianthus ( plus the Azalea and the resurrected Crepe Myrtle) 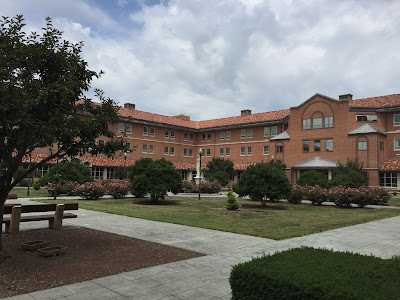 So the Courtyard looks like this now.  Hopefully, if I am still here ( in Emmitsburg!) next Spring, I can follow up with a more colorful garden.
﻿
Posted by Anne Higgins at 6:07 PM No comments: Links to this post

On the Nature of Suspense 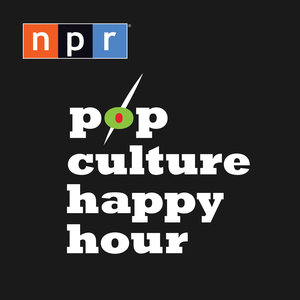 I was listening to the NPR podcast  “Pop Culture Happy Hour” and the participants were talking about suspense, primarily in films.  This made me consider the films and books I have found most suspenseful. 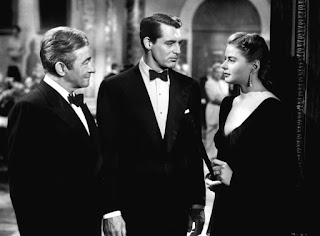 Of course, Alfred Hitchcock tops the list, and his film that tops the list for me is “Notorious” with Ingrid Bergman, Cary Grant, and Claude Rains.  The scene in the wine cellar when Bergman breaks the wine bottle which is actually filled with uranium ore ( re: Nazis in South America) had me just barely able to sit and watch.   The second Hitchcock film is “Rear Window” for some of the same reason:  Cary Grant , who has a badly broken leg, is watching through his apartment window as Grace Kelly breaks into the apartment across the street and Cary can see that the murderer who lives there is on his way up to the door.  Aaaaah! 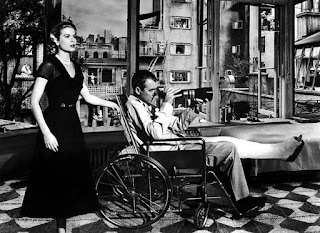 Many other films come to mind. “ Speed “: The one with Sandra Bullock and Keanu Reeves and Dennis Hopper…. on the bus with the bomb… 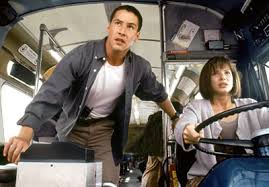 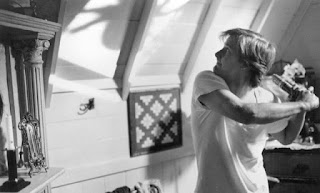 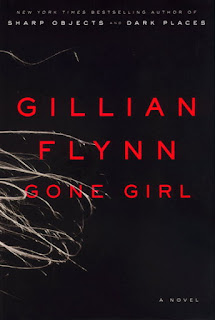 What about books?  Gone Girl, as much as I disliked all the characters, was very suspenseful.  I recently finished  The Man from Beijing by Henning Mankell, which had  many suspenseful moments but for me 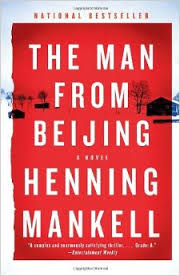 I can’t think of any TV shows, but then I don’t watch much TV.

Will keep thinking and add to this entry.

Posted by Anne Higgins at 6:58 AM No comments: Links to this post

The EarthSky website says that the second of two full moons in a calendar month is called a Blue Moon.  We had one last night.

Here is a photo of it at Cape May by my friend, photographer Tina Giaimo: 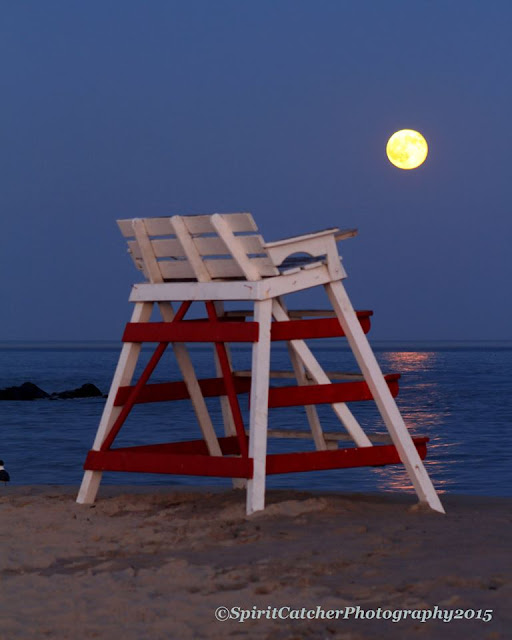 I can get lost in this photograph. 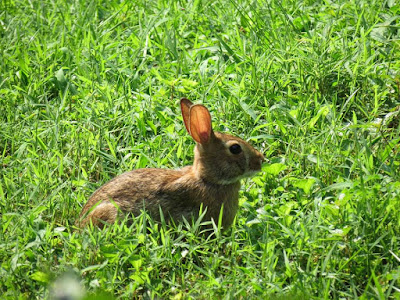 Posted by Anne Higgins at 1:53 PM No comments: Links to this post