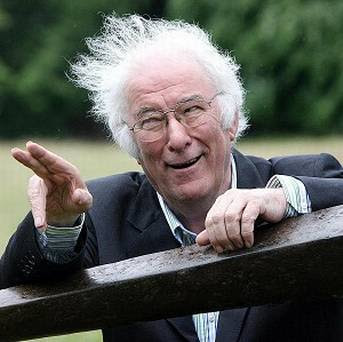 The great poet died yesterday at age 74... much too young!  I mourn the loss of all the poems he had yet to write.  I selfishly mourn that I didn't go to the AWP in Boston last February, where he read.

I have loved his poetry since I was introduced to it back in 1970, when I was in Ireland.

Here is a well-known poem of his, which I have long loved:


Between my finger and my thumb
The squat pen rests; snug as a gun.


Under my window, a clean rasping sound
When the spade sinks into gravelly ground:
My father, digging. I look down


Till his straining rump among the flowerbeds
Bends low, comes up twenty years away
Stooping in rhythm through potato drills
Where he was digging.


The coarse boot nestled on the lug, the shaft
Against the inside knee was levered firmly.
He rooted out tall tops, buried the bright edge deep
To scatter new potatoes that we picked,
Loving their cool hardness in our hands.


By God, the old man could handle a spade.
Just like his old man.


My grandfather cut more turf in a day
Than any other man on Toner’s bog.
Once I carried him milk in a bottle
Corked sloppily with paper. He straightened up
To drink it, then fell to right away
Nicking and slicing neatly, heaving sods
Over his shoulder, going down and down
For the good turf. Digging.


The cold smell of potato mould, the squelch and slap
Of soggy peat, the curt cuts of an edge
Through living roots awaken in my head.
But I’ve no spade to follow men like them.


Between my finger and my thumb
The squat pen rests.
I’ll dig with it.
Posted by Anne Higgins at 8:26 AM No comments: Links to this post

at Mount Saint Mary's , the University where I teach.  We had shortened classes for the annual Mass of the Holy Spirit/ Freshman Matriculation/Opening Convocation.

Here's a photo of the dignitaries marching out at the end: 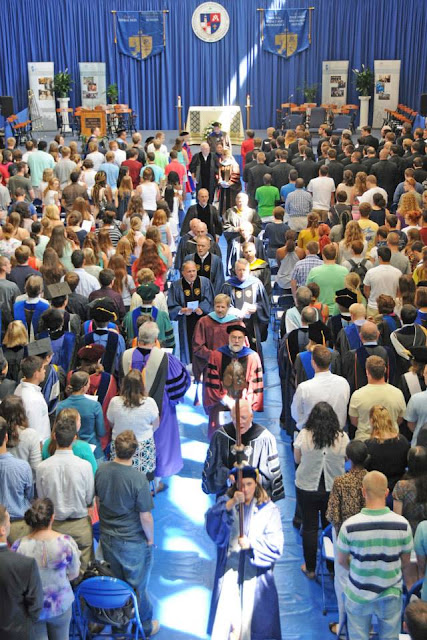 It was a pageant of light and color!  And the music, provided by three different student choirs, was fantastic.

Then we all marched out in the hot and humid August noon and had a picnic.

Then, back to classes.  This semester, I'm teaching three:
1. The Veritas Symposium:  our take on Freshman Comp, with lots of literature and writing on lots of philosophical questions.  The first essay they read was "Curiosity and Smartphones" - have to look up that writer's name to add it in here later.
2.  The Church in the Modern World/Women of Faith:  juniors and seniors of all majors. During the first month, we study the Vatican II document  "Lumen Gentium" and after that, we delve into the lives of women throughout Christian Tradition.
3. Introduction to Poetry:  this is studying poetry, not writing it.  Lots of writing about it, though.


Posted by Anne Higgins at 5:20 AM No comments: Links to this post

Listening to QUIET on my iPod 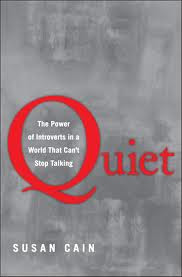 Seems like a contradiction in terms!  I'm only up to Chapter 3, but I find it pretty interesting.

I've known that I am an introvert for most of my life.  Some of it I have attributed to being an "only child" of older parents back in the days when older parents didn't play with their children.  So I learned early on to entertain myself, and to make up stories about the families I drew, and the dolls with which I played.  What must it be like for a born extrovert to be an only child?

After I joined the Daughters of Charity, at some point in the early 1980's most of us took the MBTI-
the Myers-Briggs Personality Type Indicator. I scored as an INFJ -  which very accurately described me.  But I also realized, on reflection, that my mother was an extroverted sensor and my father, an introverted thinker.  Opposites attract... and mutual insecurities attract too, I think.  I remember my mother berating my father many times for being "a hermit" and for not wanting to socialize -- for disappearing behind the newspaper or a book when they had company, which infuriated her.

I was more sociable in my younger years... now I find myself disappearing behind a book as my father did.

Anyway, this book was written by an introvert, and it spends a good amount of time delivering the fruits of the author's research on the topic of the value of introverts in what she calls a world of extroverts - the USA, anyway.  She really does a job on Harvard Business School, and its way of forming future business executives.

I'll have to keep reading to see what else she has to say.

In the meantime, here's an evocative piece of artwork - evocative for an introvert like me:

Doorways of the Universe    by Midolluin:

Posted by Anne Higgins at 5:00 PM No comments: Links to this post 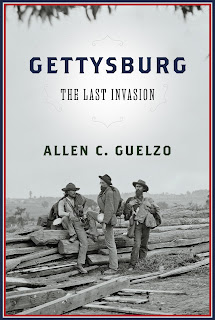 While I was in retreat, I read Gettysburg: The Last Invasion, a new book about the battle, by the historian Allen C. Guelzo. I had read some good reviews of it before, so I was eager to read it, especially since 2013 marks the 150th anniversary of that Civil War battle.

Actually, I listened to the book, unabridged, on my ipod. This is one that I should have read as a text, because there was so much detail of the movements of the battle that I found myself wanting to look at maps. I know many areas of that battlefield pretty well, and could visualize them, so that helped.

It’s a large and comprehensive book. While listening to it, I found myself reflecting on how central Gettysburg is as a location in my life.  I first remember coming up there with my Dad and a family friend, Vic Lewis and his son Vicky and two other children. I was nine or ten, and dressed in a white cotton sundress. Somewhere there is a photo of us standing on the steps of the Pennsylvania Monument.
I climbed around on the rocks of Devil’s Den in that dress, which by the end of the day was brown with the dust of the battlefield.
The details of the battle didn’t interest me at all in 1958, though I liked the Electric Map. 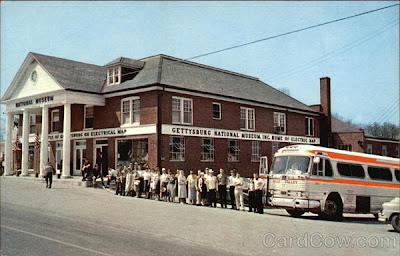 Here's the building that housed the map as it looked in 1958. 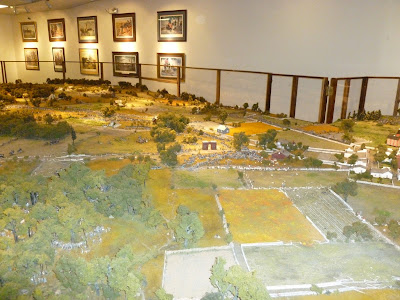 Here's the map. You walked around it. 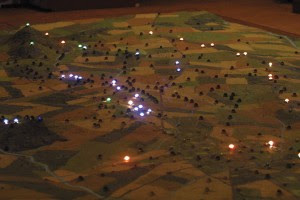 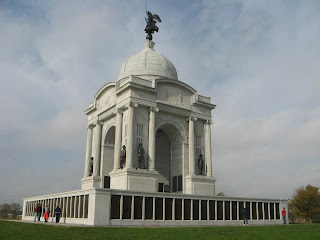 Then, in 1966, I came to college in Emmitsburg, just ten miles down the road. It was a high school history class trip to Gettysburg that introduced me to Mount Saint Mary’s and Saint Joe’s College in the first place, in the fall of 1964.
So I spent four years going into Gettysburg from Emmitsburg, on Friday night shopping trips and Saturday night mixers and frat parties at Gettysburg College, and numerous visits to the battlefield on late winter afternoons to watch the large herds of deer there. 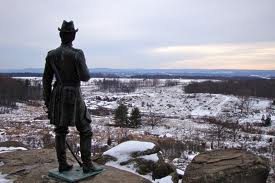 Winter view from Little Round Top - photo from civilwarhikes.blogspot.com


Then, Gettysburg disappeared from my life from 1970 until 1978, when I was back in Emmitsburg as a novice in the Daughters of Charity. Father Taggart, the priest who taught us several Theology classes, was a “Gettysburg Buff” and was planning to take us on a tour of the battlefield and give us a blow by blow description of the battle.  I can’t remember if he ever did – part of the novitiate I’ve blocked out. But I know I wasn’t the least bit interested in the details of the battle.
Then, in 1979, I went South – to Petersburg Virginia, and then, Charleston South Carolina.  All of the places I taught from 1979 to 1986 were inextricably linked to the Civil War.
Then, back up to Baltimore, to Seton and Seton Keough High Schools. During those years, I began to take my yearbook staffers to “Yearbook Camp” each summer at Gettysburg College. While the students were in class, I was living in the advisors’ quarters and driving all around the town. Those were the years I really got to know the area. During those years I read Michael Shaara’s book  The Killer Angels for the first time. 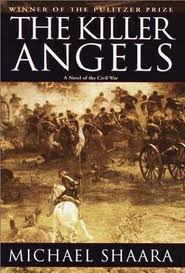 Then, in 1999, I moved back to Emmitsburg to teach at The Mount.  Finally, I became downright interested in the Battle of Gettysburg.  Knowing the roads and the avenues, knowing the landmarks, I could visualize the movements of the battle.  I read The Killer Angels again and again.

It is only now, in 2013, that I really begin to grasp some of the other aspects of that battle: the human struggles, personality clashes of the officers; petty jealousies and ambitions and power plays, etc. I began to think about the complexity of the whole event. Even more poignant,  the terrible casualties.  The Electric Map never gave me any picture of the bodies – thousands of human beings and horses strewn all over that ground.  Imagine the days and weeks immediately after the battle; the burying of the dead. 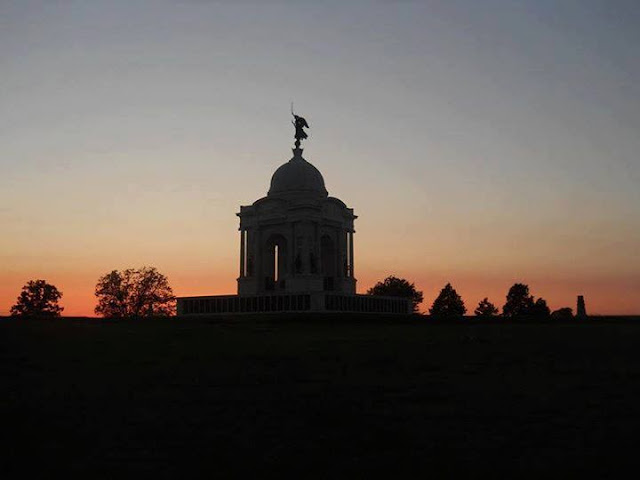 Posted by Anne Higgins at 1:56 PM 2 comments: Links to this post

Again, apologies for the long lull between posts. No excuse, really.  I've been working on the syllabi,
but still should have been able to write here.  I get into a fog of ennui and laziness.

Have been wasting my time listening to Dan Brown's latest pot-boiler,   Inferno, on my ipod. 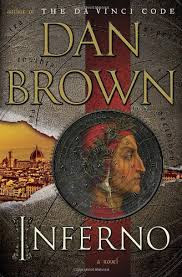 Good old Robert Langdon and his mysterious codes, and the rush to save the world from another catastrophe.  The plot is full of contrivances, but it's still gripping.  I also loved all the descriptions of the city of Florence, which I've visited just once, for three days, and want to return to very much. 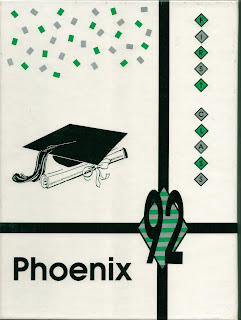 cover of the 1992 yearbook from Seton Keough HS  , Baltimore 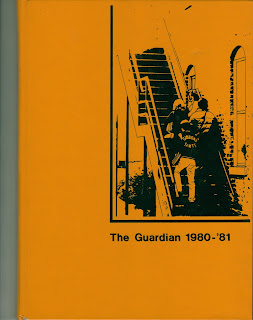 cover of the 1981 yearbook from Gibbons High School, Petersburg VA

Last night I had a Yearbook Nightmare.  These used to occur every August during the fifteen years when I was a Yearbook Advisor for high school yearbooks in Petersburg Virginia and Baltimore Maryland.  The nightmare usually involved the yearbooks arriving with the wrong cover, or the names on the wrong photos.  I haven't been a Yearbook Advisor now since 1996, so this one came out of nowhere.  In this one, I somehow had acquired responsibility for getting a yearbook out, and there was nothing to put in it... or next to nothing.  A few photos, no page plans... a staff who didn't know what they were doing.   The high school seemed to be a combination of my own alma mater, Bishop Shanahan, and Seton High in Baltimore; in the waking world, both schools are no longer in the buildings where the dream took place.  Michelle Bower, a colleague from MSM who is now living in Vermont, was really the Advisor, but somehow I got into it.  Lots of confusion and racing around. I woke up exhausted.  Perhaps all the chase scenes from  Inferno  fueled this frenetic dream.

Posted by Anne Higgins at 2:34 PM No comments: Links to this post