I think I've written about him on this blog before, but several years back.

Today, the last day of January, Thomas Merton was born in 1915.
His life's journey, particularly the first 30 years, was a search for himself, and for the meaning of his life.   Since I've been teaching Siddhartha, and will be teaching other texts this semester related to the search for meaning, I find celebrating this man's birthday very meaningful... not to overuse the word, or anything... 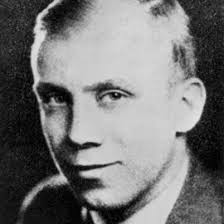 
Looking at my own life, I observe that I have had three fathers: a physical one, a spiritual one, and an intellectual one, though the three frequently overlap. All three were born within a year of each other: Vince Higgins in 1914, Tom Merton in 1915, and Ralph Harper in 1915.


I have thought of Merton as my spiritual father. Especially his autobiography of his early years,
The Seven Storey Mountain, and his journal of his early years in the Trappist monastery, The Sign of Jonas, pulled me into some very deep reflection and prayer. 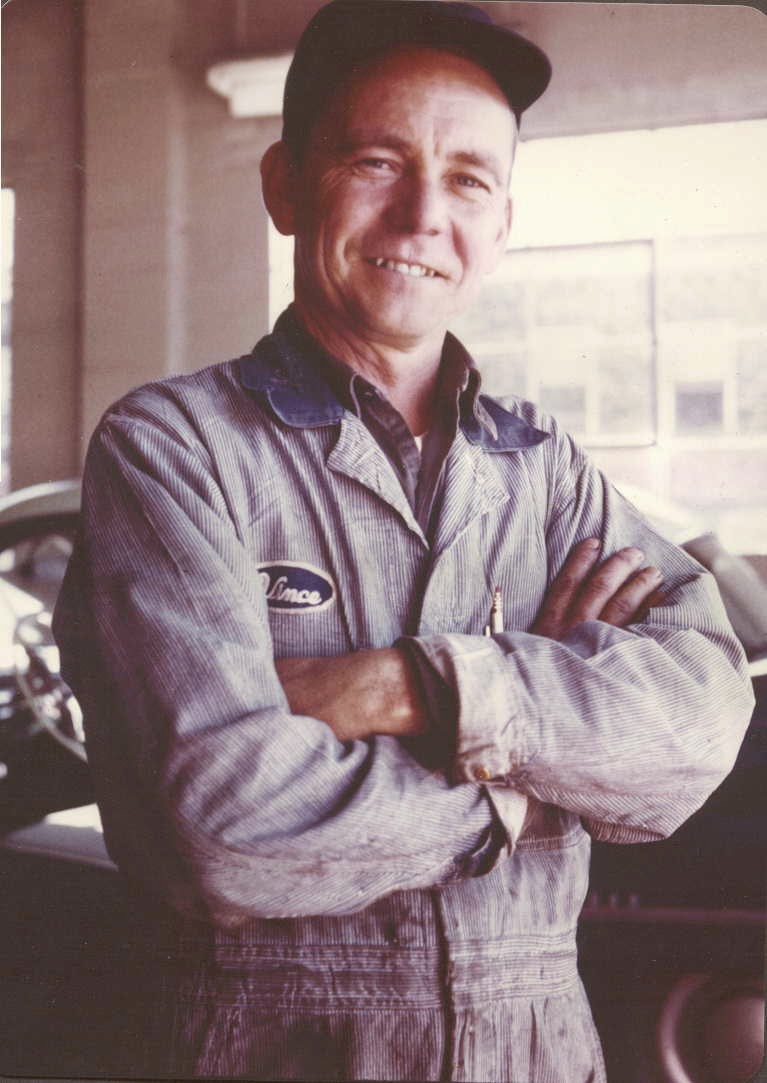 The Animals in Winter

This picture is cropped from a Christmas card I received one year: 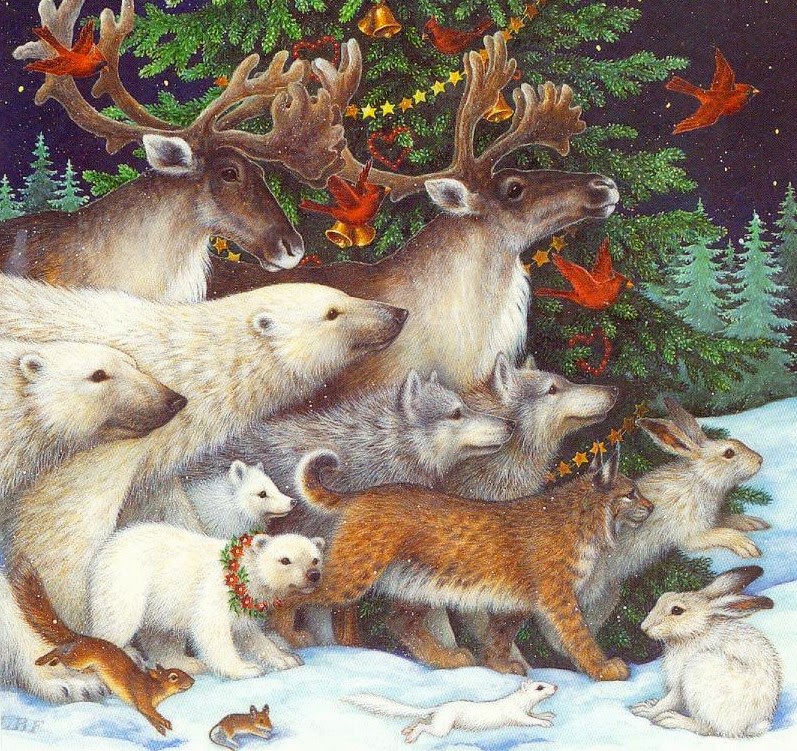 Snowing now... very fine snow, but lots of it.  We won't get what the New Englanders will get, though.

The birds are frantic at the feeders.  I even had a fluffed up Red-Tail Hawk perched on one of the lower branches of the tree outside my window for a long time today. He wasn't interested in the little birds, and they paid him no mind. He had his eye out for squirrels!

This weather makes me think of a poem that has haunted me for years.  It's been one of my fantasies: hosting all the animals during a snowstorm.  The final part, the return of the parents, is enigmatic, puzzling, and in some ways downright creepy, but I still love the poem.  It's by the poet George Dennison.  It was originally in Harper's Magazine in about 1986.  I had copied it by hand in my journal from that year:

The Animals in Winter      by George Dennison

The children called at dusk from the porch.


They stood facing the fields and woods


and called to the dogs


who came home after dark, the great Golden first,


striking the window with his paws:


and several foxes more, both red and gray,


and a family of partridge


advancing one step, and then one step,


and a porcupine, head down,


full of purpose and embarrassment;


and raccoons, with their humping, probing gait;


a stately skunk, a rabbit


---all passed shyly through the hall


with clatter of claw on the hardwood floor,


then to the living room


where they crouched in the lamplight


on the large blue rug.


They held their heads erect and blinked their eyes.


Now the children heard the chuffing


of the second dog, the black one,


nose at the crack of the door.


and bounded toward them,


while in his train came three antlered deer,


a male and female bear, a cow-moose


past the snowshoes and oots


At last, the slant-eyed one,


with muskrat and otter, squirrel and mink,


with fishes and marten,


and birds of the coming winter:


chickadees and jays, and like a bolt of silence,


banking powerfully in the hall,


What a glistening of tooth and eye!


What a sonorous quiet of breathing!


Never had the children's sleep


never had the house


been so anchored against storm,


so guarded against flame.


At daybreak the children stood by the door


and so it went, all winter long.


There was a sound of water pouring,


and the parents returned.


They pushed their matted hair through the wet soil,


after the crocuses and before the daffodils.


They turned their heads ---


then shook themselves and stepped forth -


and entered the house.


What joyousness of greeting there was then!


"We guarded them well," said the dogs.


"We guarded with our lives."


"We made tea!" said the children,


"We built fires! We cleaned the house!"


"How we missed you underground! How we yearned


for the sight of your faces, your small feet!


Come to us, darlings! Come!" they said,


and opened wide their arms. 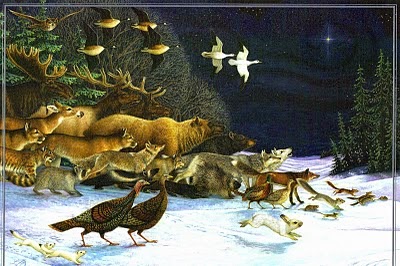 Posted by Anne Higgins at 7:45 AM No comments: Links to this post

The forecasters are hedging over a "complex storm" that should arrive tonight and continue on through tomorrow.  The folks in New York and New England are going to get the brunt of it - combination of a "clipper" coming from the south and west, and a "noreaster" churning up along the coast.  I'm betting that we get about 4 inches. 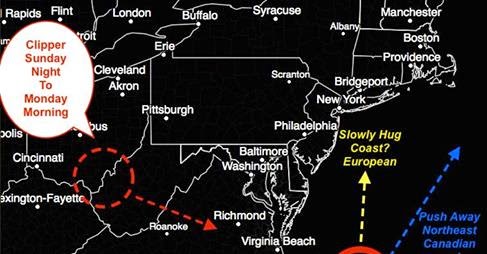 In the meantime, I have my schoolwork ready for tomorrow, and am looking forward to the next installment of "Downton Abbey" which comes on at nine. 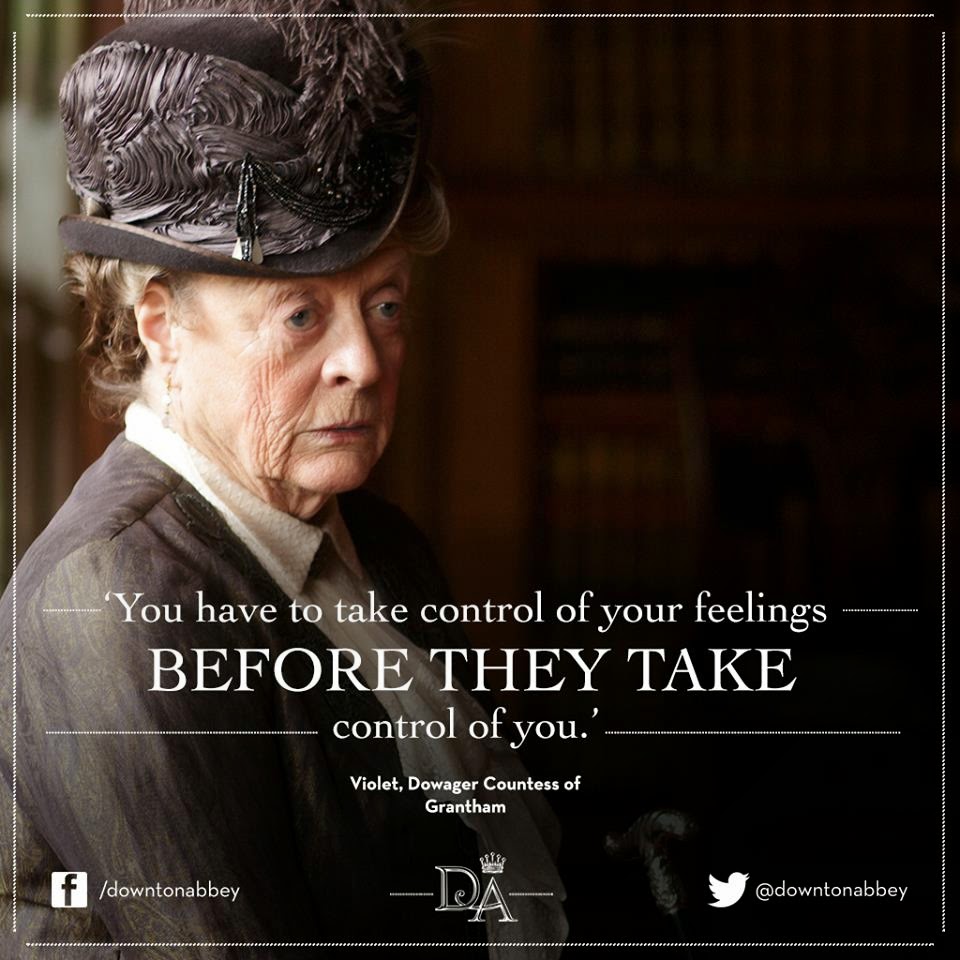 I came across this interesting list compiled by NPR of readers' recommendations of the best "beach books" of all time.

It's nice to think of the beach on a night like this. 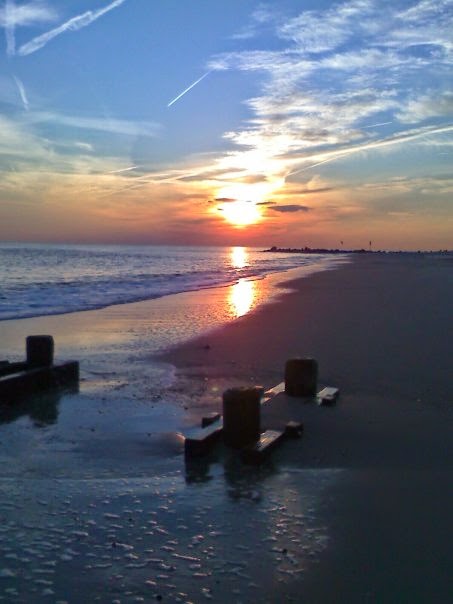 Anyway, here they are:


I read some of these so long ago that I barely remember them, and only a few of them at the beach!
Posted by Anne Higgins at 4:40 PM No comments: Links to this post

I'm teaching a course this semester called "The Search for Meaning."  It's a Writing Intensive course, and it meets every Tuesday and Thursday from 11-12:15, so there is time for discussion and in-class writing.

The class is currently reading Herman Hesse's classic novel Siddhartha. It's the story of a young man's quest for his true self; in many ways it follows the tradition of the bildungsroman - the story of a young man growing into adulthood. In other ways it follows the hero quest genre from medieval romance. In other ways it resembles the "Vision Quest" of Native Americans. Altogether, it is gripping reading for men and women in their early twenties, which is when I read it. My students seem to be finding it gripping, too. 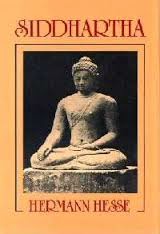 This time reading it, I notice how beautifully written it is.
Posted by Anne Higgins at 2:03 PM No comments: Links to this post

Meant to write before Christmas

But so much for my good intentions, again.

Almost a month... what has happened ?

I've had two bouts of the dreaded norovirus, commonly known as the stomach bug. 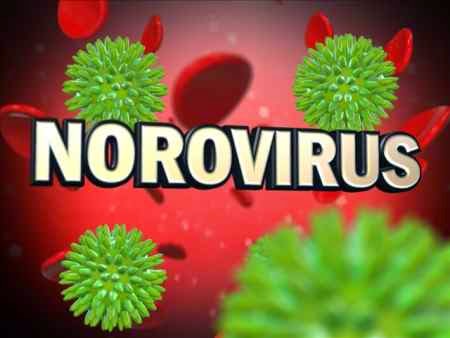 Since I was very very ill with this last June, I've had several lesser episodes of it.  Seems that once bitten, the immunity to this miserable stuff goes way down.
So it hit me December 9 - 12
That's the last week of classes before exams, when I had many papers to correct.  No time is good, but that was particularly unwelcome.
The bright spot came on Sunday, December 14, I cold but sunny afternoon, when I accompanied Lisa Cantwell, one of my poet friends, while she visited with her horses and rabbits at the farm where she boards them.  Then we repaired to her home in the beautiful Harbaugh Valley, eleven miles away from Emmitsburg.  She and her husband live in what once was a summer cabin, one of those cabins on stilts with a deck and screened in porch, overlooking a meadow and valley. It was warm and decorated for Christmas. Lisa has a small flock of chickens, too, very tame ones, and I got to feed them, and even hold one.  I had no idea that chickens like sunflower seeds! 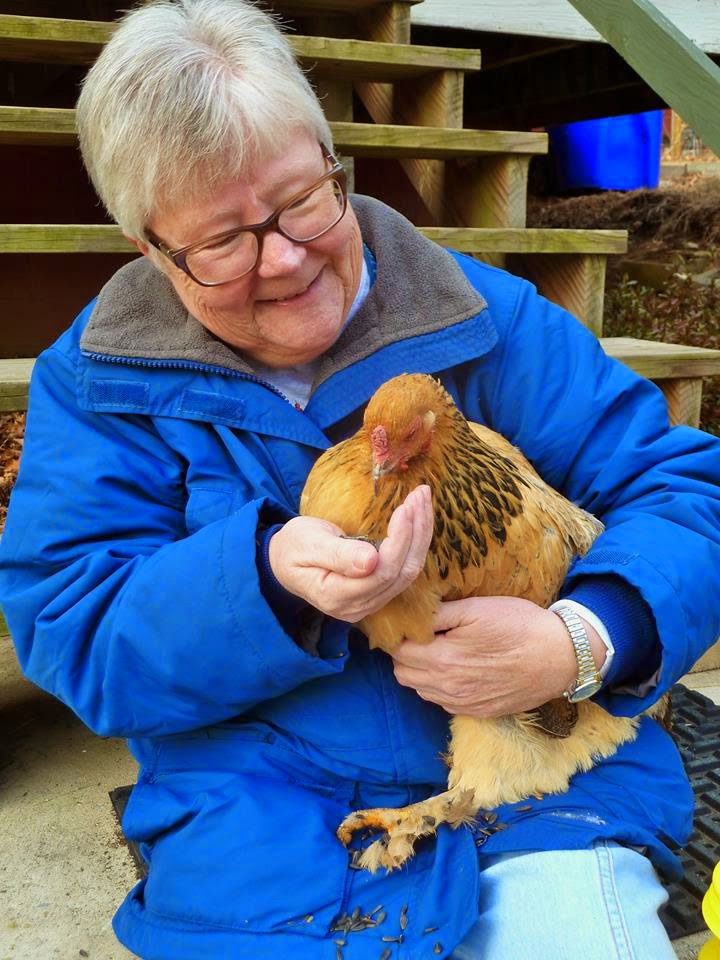 So, that week was occupied with giving and grading exams, finishing up the grades, and baking cookies and bread.  I loved those last two activities.
The week of Christmas continued the baking, but also the decorating of our tree, listening to my favorite Christmas music downloaded on iTunes -  God save me from what comes on the radio- and admiring the Christmas decorations here at the big house where I live: 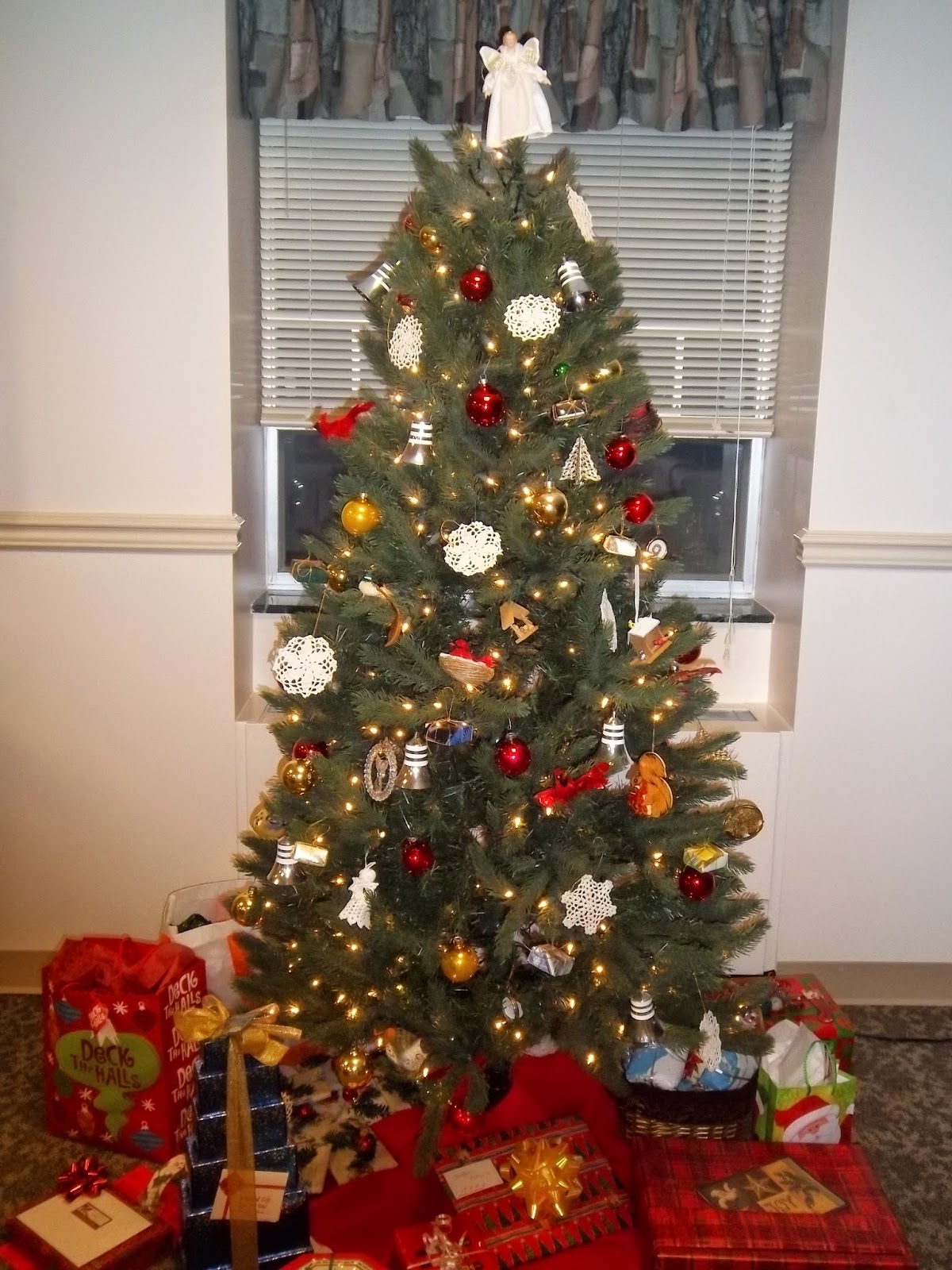 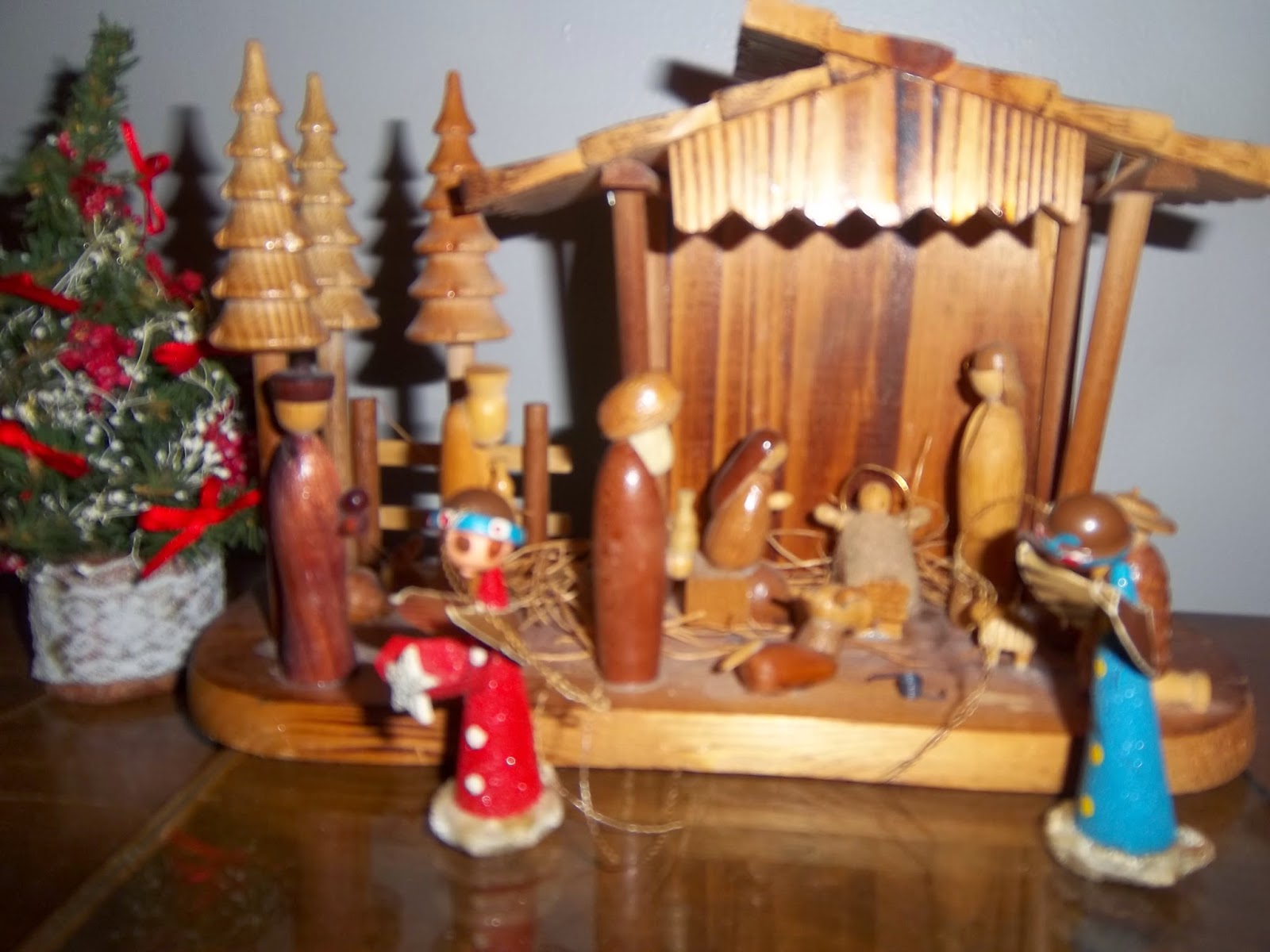 the manger , once my parents', now on the bureau in my bedroom 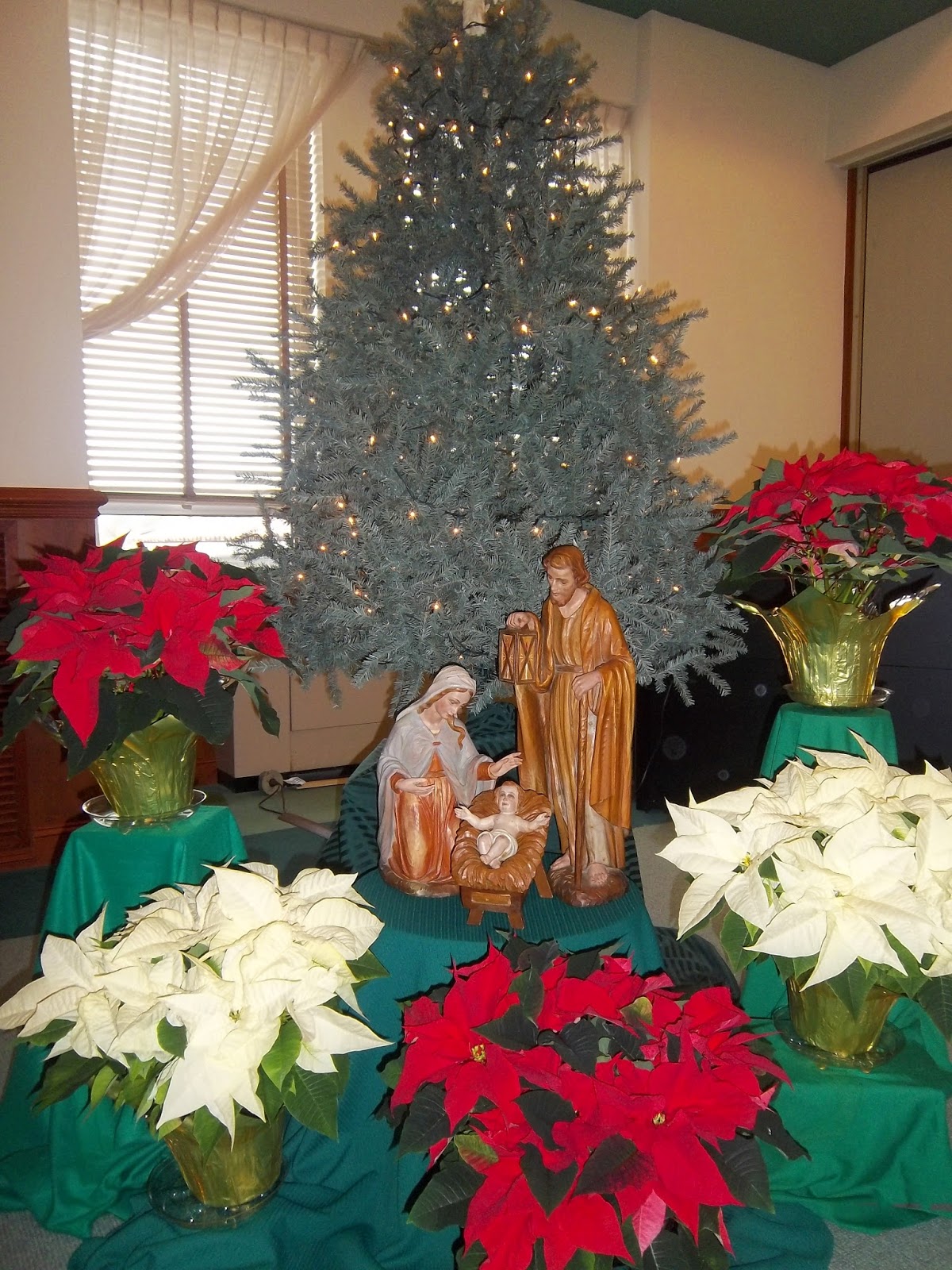 the crib in the Mary Chapel 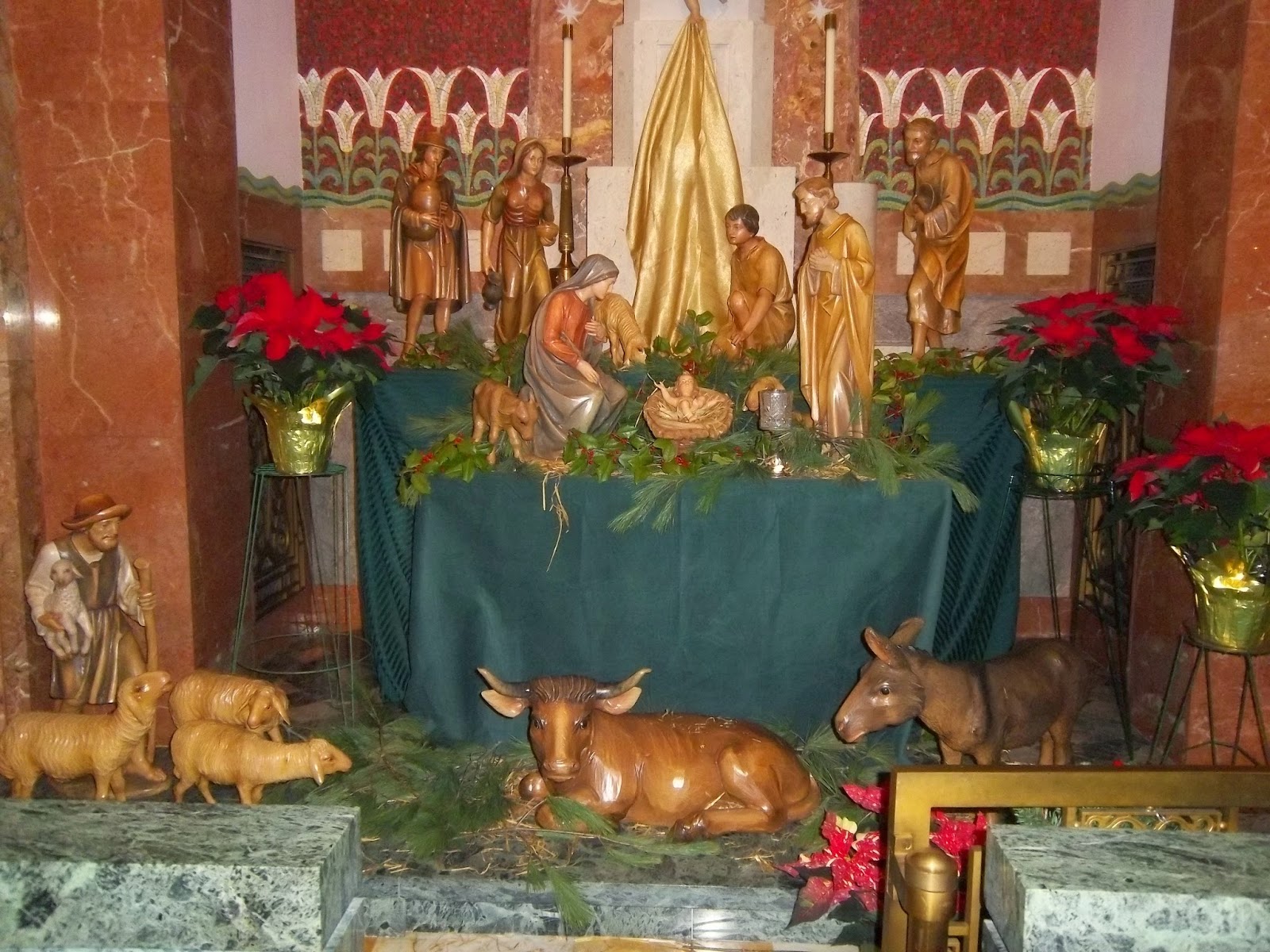 the crib in the Basilica
From the heights to the depths....
I had lovely days writing Christmas cards, working on the courses for the Spring semester, visiting friends, preparing for a trip to West Chester to visit more friends, when, at about 11PM on December 30, I was slammed again by the stomach bug.  This time it was an all-nighter,
as they say, "hugging the toilet."
This cartoon captures some of the spirit of this experience: 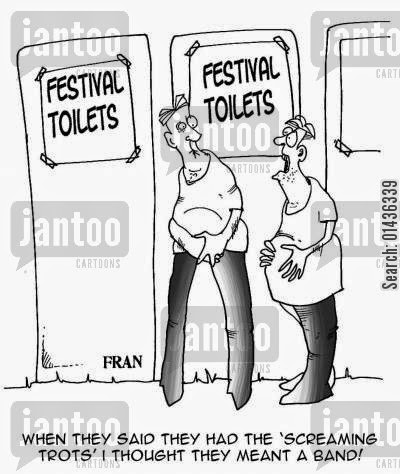 So I have spent the last four days ( counting today) either being sick or recovering from being sick.
I was too busy entertaining the bug to notice the passing of 2014.  In the weeks prior, I had many thoughts about time and its passing, but won't write them down now.
Posted by Anne Higgins at 1:15 PM No comments: Links to this post