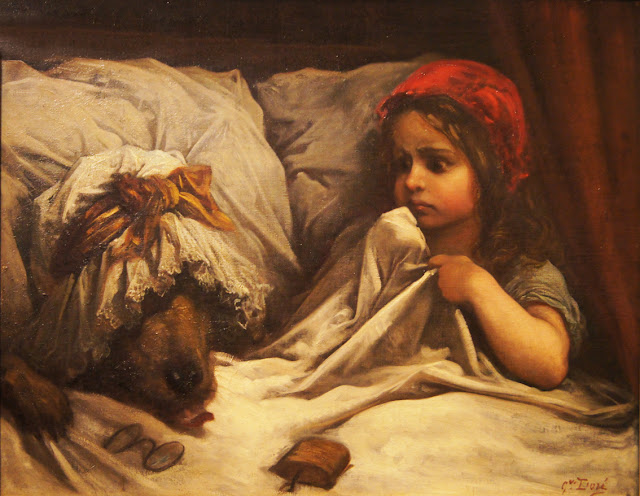 Which picture is more frightening:   this one 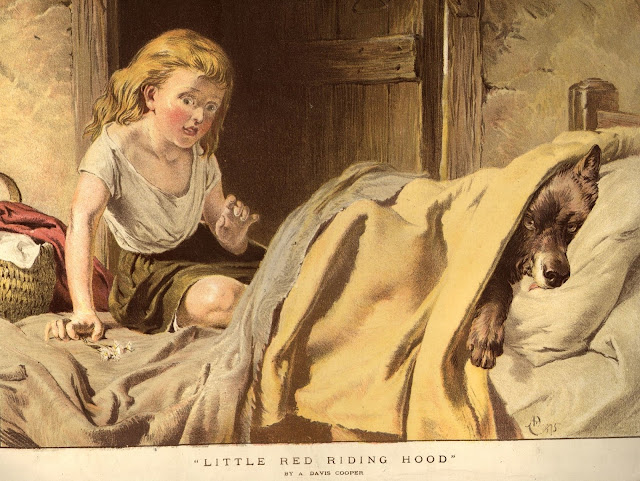 or this poem by Rae Armantrout:

is newly cloaked
in purpose.
There’s a jumble
of hair and teeth
under the bedclothes
in the forest.

“The better to eat you with,”
it says,
and nibbles us
until we laugh.
*
An axeman
comes to help.
*
“To, to,”
birds cheep
to greet
whatever has come up.
“To, to”


In any case, as the days creep close to Halloween, I am drawn to ghost stories and haunting poems.


Posted by Anne Higgins at 4:49 PM No comments: Links to this post

Today I read in the Washington Post an editorial by J. Peter Scoblic called "Seeing so much of the present through Watergate makes it harder to see the future." 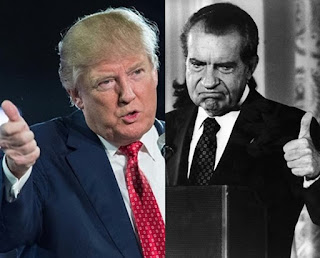 Scoblic says this is a mistake. He says "Analogy encourages us to see the past as static, when it was in fact a dynamic collection of possible futures that just happened to gel into the present we know. That mistake blinds us to our own potential futures - and what we might learn from them. In trying to reduce uncertainty, we may have ensured that Trump will surprise us even more than he already has."

Scoblic continues on in this vein, saying that we take our experience of time for granted.  He says "the past - like our present - was a froth of potential futures."

The entire essay fascinated me, and not just on a political level.


It reminded me of Borges' short story "The Garden of Forking Paths."  One of the characters constructs a labyrinth that is actually a virtually indecipherable novel, and in it he says

"I leave to  the various futures (not to all) my garden of forking paths."
We have no idea of the outcome of Donald Trump's presidency.  I am expecting a nuclear war with North Korea that will destroy our country and perhaps the whole world.  But I tend to "catastrophize."

Then I think about some of the words of an old Carly Simon song:

"We can never know about the days to come,
but we think about them anyway..."

The Scoblic essay is actually more hopeful than my forecast.
He says "Our expectations of the future are central to the concept of choice .... We can envision different versions of the future and work backward to discover what conditions would produce them. In that process, we forge new beliefs about causal relationships, new mental models...
"that, then, is how we may learn from the future... to see time as a stream in which the future is constantly on the verge of becoming the past. Amid the chaos of the present... we must pause to 'ponder possible futures."

I want to think about this more.


Posted by Anne Higgins at 1:18 PM No comments: Links to this post

Where Did September Go? 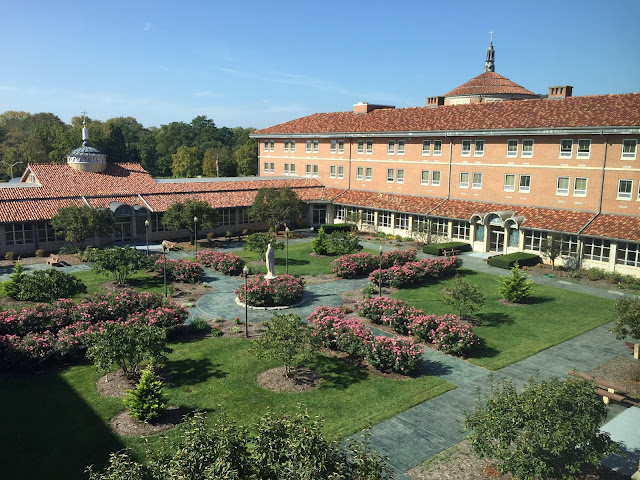 My courtyard garden on September 20.  The rose bushes predominate in this overview, but all along the sides and in the center, those pollinator attracting perennials are blooming. 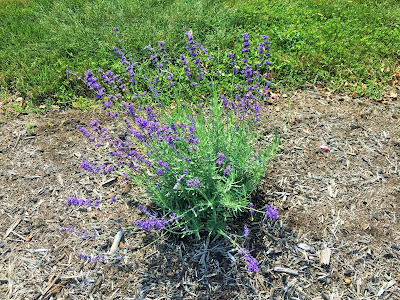 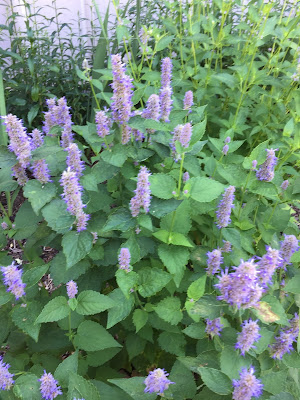 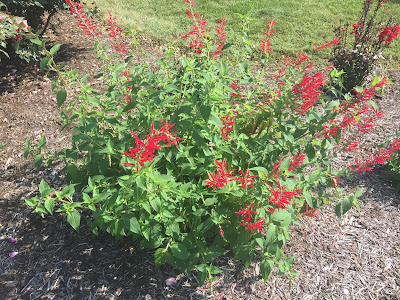 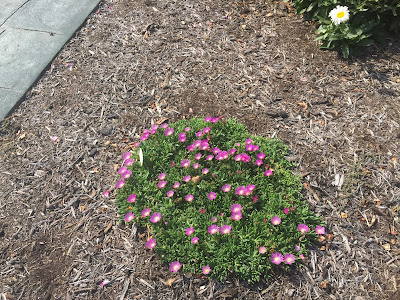 Ice Plant
These are only a few.
Last year, the first frost arrived on October 22, so I am hoping I have a week or two of bloom.
I was making my Annual Retreat from August 8-16,  and then school started. The first day of classes was August 21.   This semester I am teaching three classes:  First Year Symposium, Introduction to Poetry, and Christian Spirituality.
It's already the end of the first quarter.  The classes have been quite wonderful. The freshman comp class in particular has been the most engaged and engaging group I've had in a long time.
The weeks have sped by with classes each day and many weekend activities as well as my garden -tending.
I also have had another medical misfortune.  On September 6, I began to bleed from the bladder.
It's not continuous and it's not copious, but it is still happening.  So the weeks after September 6 were also filled with Doctor appointments, CAT Scans, blood work , and urinalysis.  I don't go to the Urologist until November 7, and I am glad of it, for I know that after the "in the office" appointment, he is surely going to schedule me for a cystoscopic exam, which I dread.
Of course I have been Googling the symptoms and lab results.  I think it will turn out to be another sort of radiation damage from 2009.  Radiation: the gift that keeps on giving.  But so far I am living a somewhat normal life and not minding it.
Our country has suffered three major hurricanes:  Harvey, in Texas; Irma, in Florida; and Maria, in Puerto Rico. These have been devastating.  Right now Number 4, Nate, though a little less ferocious, is flooding and battering Alabama.  Here in Maryland, we haven't had rain for 24 days until some arrived today. 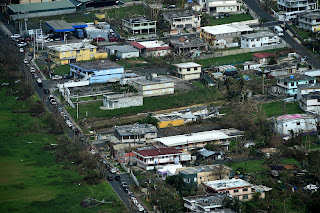 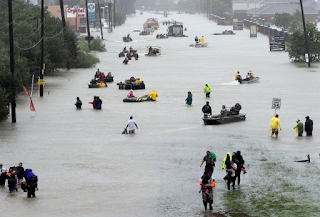 The other catastrophe in the United States is the mass murder/shooting in Las Vegas last Sunday, with 58 people killed and 500 more injured.  These episodes just get worse and worse, and still a strong majority of our citizens want the gun laws to stay as they are.  To me, it seems that so many of us are glad that so many others of us are killing each other off. 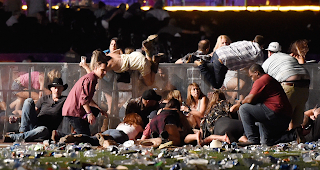 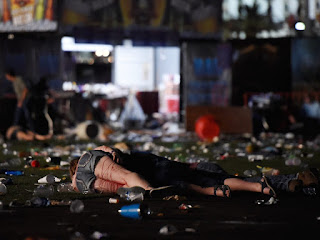 Which will bring me to my next post...
Posted by Anne Higgins at 12:49 PM No comments: Links to this post