The calm after the storm

At least it seems to be after the storm.  We were not affected as much as many in our country.  Extreme weather and disasters continue:  terrible forest fires in Colorado, tornadoes all through the midwest and even into the east, floods and severe thunderstorms.

The sky outside my window looked like this a short time ago: 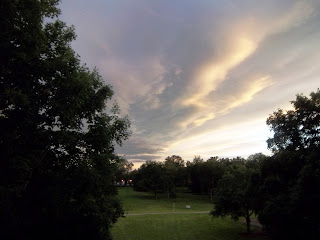 but I really love this sky even more, from Culpepper County, Virginia, posted by my college classmate Ginny Conmy, and photo by Isabel Brennan: 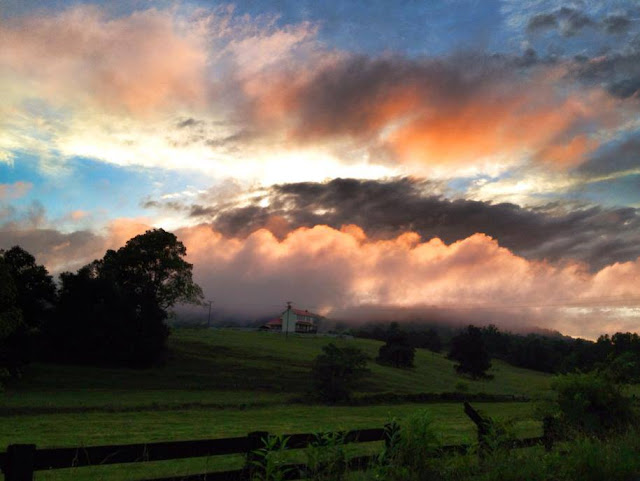 I just finished re-reading ( or listening to the audiobook ) Watchers  by Dean Koontz.  I read many of his books back in the 1980's and early 90's, but tired of them.  This one was my favorites back then. 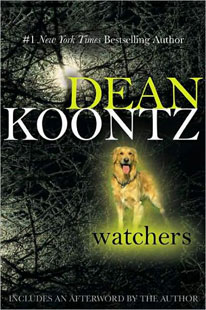 It was still suspenseful, even though I knew the ending.  I loved the premise -  recombinant DNA experiments by the Defense Dept.  come up with a most wonderful dog... but also another creature, a creature of rage and destruction.  It's really not very well written; Koontz gives way more exposition than he needs to, among other things.  But it's still a good tale / tail!

Now I am starting on Barbara Kingsolver's  Flight Behavior.  I am expecting to love it, since I loved her novel Prodigal Summer.  I was haunted by The Poisonwood Bible earlier.  I didn't love that one because I hated the father of the family so much that I had to read the ending to make sure things didn't turn out any worse than I thought they would. 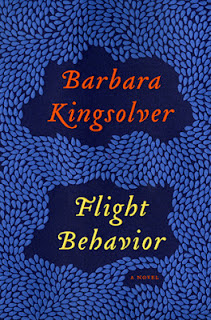 Posted by Anne Higgins at 5:56 PM No comments:

Two weeks away from the garden and I return to a jungle, everything growing into everything else, and, after all the rain we've had, infested with mosquitos.  I retreated to the house and took these photos from my bedroom on the third floor.

doesn't look too bad from above,from this angle, but believe me, it is bad. 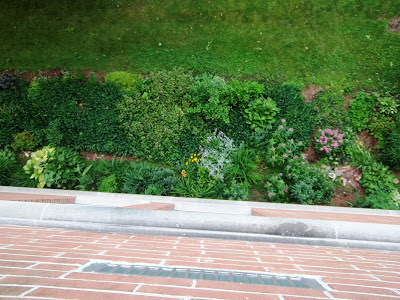 cropped a bit, you can see the butterfly bushes to the right... 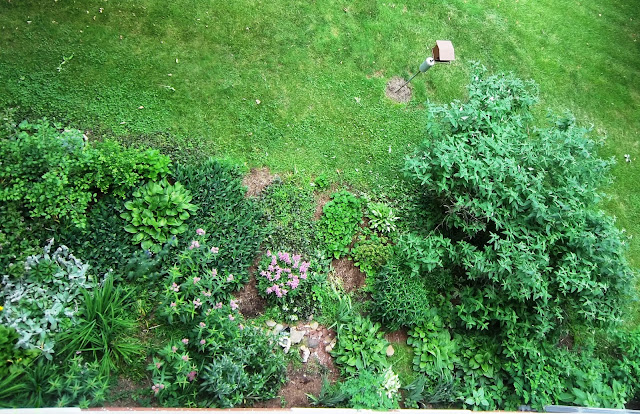 I really hate to pull anything up, but regretfully, I must.  Tomorrow I will get out there early, coat myself with Deep Woods Off, and go to it.

Rainy Day in Cape May

Tropical Storm Andrea dumped rain on the US East Coast throughout the day today. It really poured!
So six of my sisters and I decided on lunch at the Lobster House.  We really like to lunch on the deck, and watch the fishing boats bringing in their catches, but today we were inside.  It was a delightful lunch, nonetheless.
Otherwise, I continued reading and writing and even watched a DVD.  I've read three books during this week: a very eclectic mix.  First, I finished Ruth Rendell's ( writing as Barbara Vine)novel Anna's Book: really a gripping mystery wrapped in an early 20th century diary: 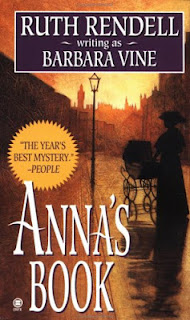 Then, I read Alexander McCall Smith's  The Number One Ladies' Detective Agency. How did it take so long for me to discover this series?  I read the book in two days, and it was delightful. 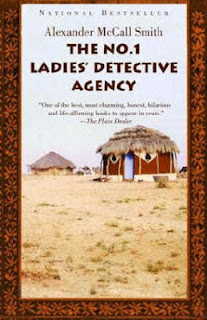 Now, I am almost finished listening to the audiobook of Michael Connelly's The Overlook. As I've said before, he is one of my favorite crime novelists. 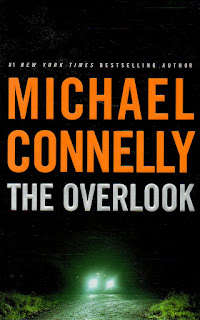 And last night, I watched the video  "The Good Shepherd," starring Matt Damon, Angelina Jolie,
William Hurt, and Robert De Niro, among others.  Even Albus Dumbledore ( Michael Gambon) was in it.   It was grim and puzzling - about the development of the US Intelligence service, the OSS and CIA.  I had to go back to many scenes to figure it out.  It gripped me, but I am not raving about it. 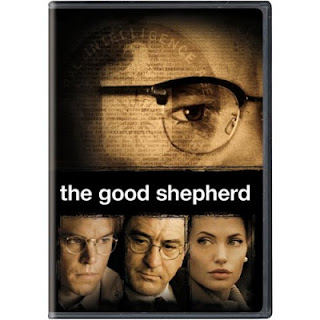 Tomorrow, our week at Cape May is over, and we'll be travelling back to Emmitsburg, Washington, Baltimore, Georgia, Indiana, and Buffalo NY.  We've had five gorgeous weather days, and two rainy ones.  This is  the house where we stay: 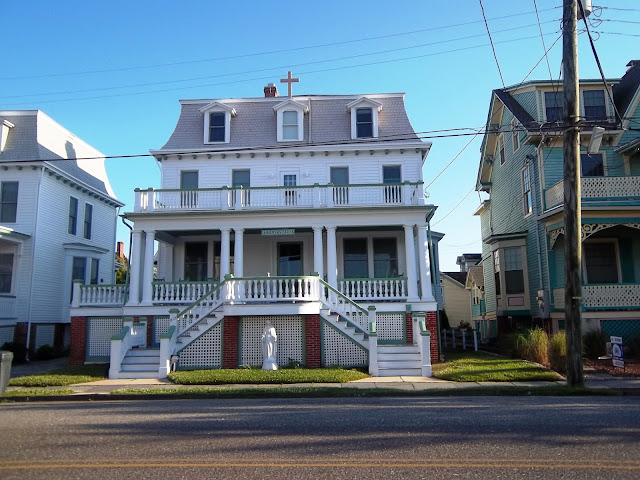 Have I ever mentioned that I love Cape May?
Posted by Anne Higgins at 6:16 PM No comments:

Still revelling in Cape May...

This morning a friend and I went birding at the Cox Hall Creek WMA  in North Cape May. This one was just purchased in 2006 ; it was formerly Ponderlodge Golf Course!  The folks at New Jersey Audubon have planted many native species there, and have let the whole place turn back to nature.
It was a wonderful three hours -  we must have walked the entire former 18 holes! 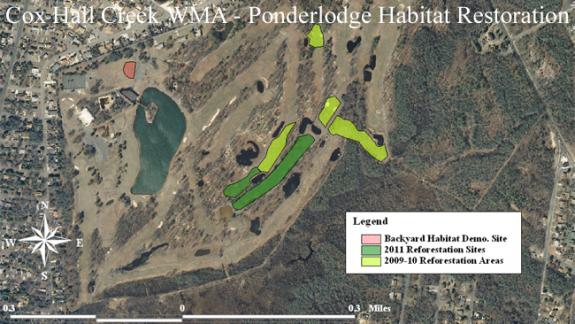 Here's a bird walk advertized on the CMBO site -  we went ourselves on this walk: 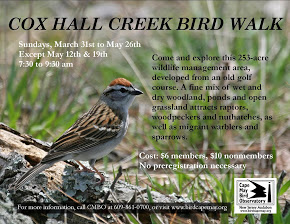 It looks like this, but greener and more flourishing since this photo was taken: 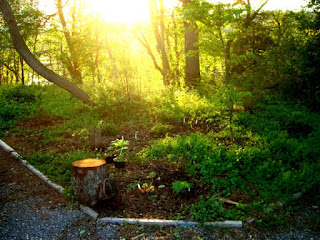 We saw at least 33 species of birds this morning, including what my friend calls "the Blues Brothers" 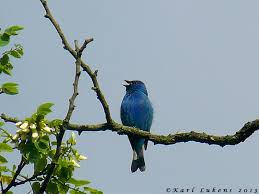 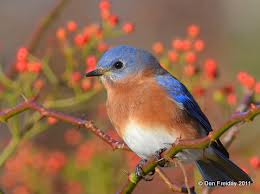 and  the
Blue Grosbeak  ( photo from the NJAS blog) 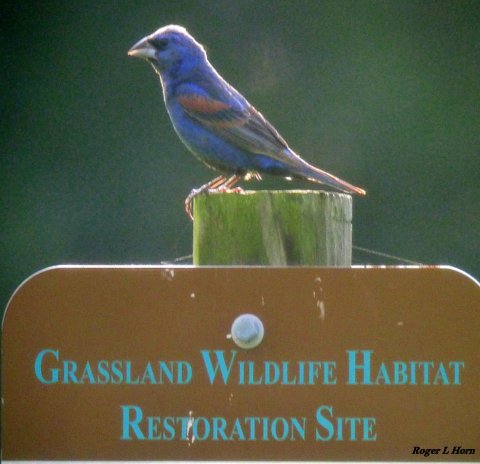 The Blue Grosbeak we saw was perched on a wildflower about six feet away from us, just magnificent in the sunshine! 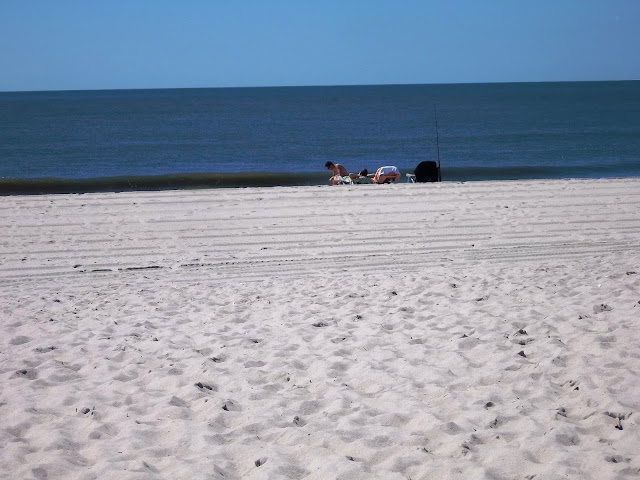 After a rainy Monday, we woke to a magnificent Tuesday - so clear and crisp and cool- the horizon out on the Atlantic so sharp. 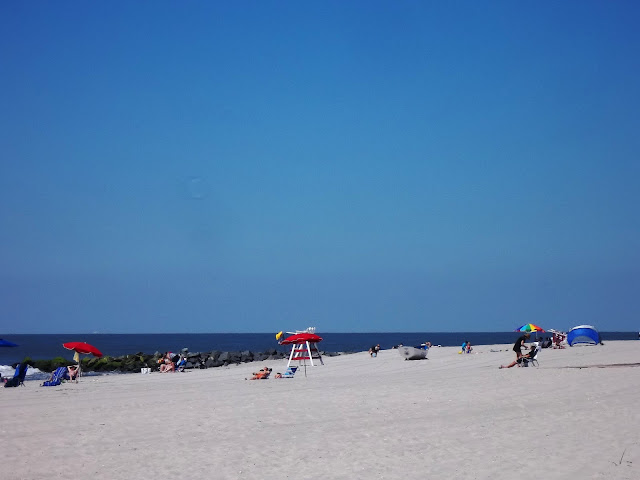 It reminded me of a song that Eric Bogle wrote to honor his friend and fellow singer/songwriter Stan Rogers, who died in a plane crash at the age of  33 in 1983:


SAFE IN THE HARBOUR
(Eric Bogle)

Have you stood by the ocean, on a diamond-hard morning
And felt the hor-izon stir deep in your soul
Watched the wake of a steamer as it cut through blue water
And been gripped by a fever you just can't control

Oh to throw off the shackles and fly with the seagulls
To where green waves tumble before a driving sea wind
Or to lie on the decking on a warm summer's evening
Watch the red sun fall burning, be-neath the earth's rim

Some men are sailors, but most are just dreamers
Held fast by the anchors they forge in their minds
Who in ther hearts know they'll never sail over deep water
To search for a treasure they're afraid they won't find

So in sheltered harbours, they cling to their anchors
Bank down their boilers and shut down their steam
And wait for the sailors to re-turn with bright treasures
That will fan the dull embers and fire up their dreams

And some men are schemers who laugh at the dreamers
Take the gold from the sailors and turn it to dross
They're men in a prison, they're men without vision
Whose only horizon is profit and loss

So when storm clouds come sailing a-cross your blue ocean
Hold fast to your dreaming for all that your're worth
For as long as there's dreamers, there will always be sailors
Bringing back their bright treasures from the corners of earth


Posted by Anne Higgins at 3:49 PM No comments: