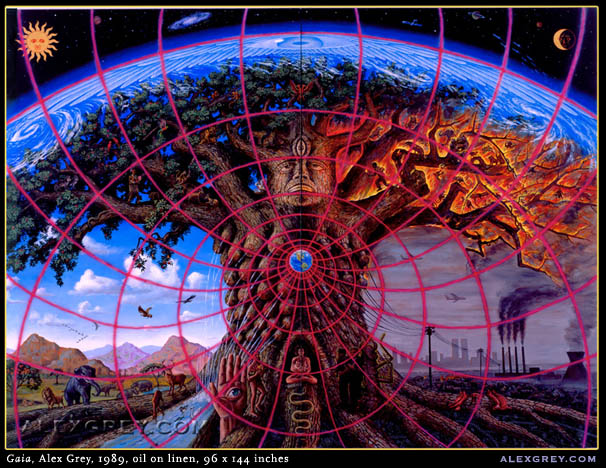 This poem doesn't have anything to do with New Year's Eve, but it is a poem I love:

The poet is Robert Morgan:

It’s said they planted trees by graves
to soak up spirits of the dead
through roots into the growing wood.
The favorite in the burial yards
I knew was common juniper.
One could do worse than pass into
such a species. I like to think
that when I’m gone the chemicals
and yes the spirit that was me
might be searched out by subtle roots
and raised with sap through capillaries
into an upright, fragrant trunk,
and aromatic twigs and bark,
through needles bright as hoarfrost to
the sunlight for a century
or more, in wood repelling rot
and standing tall with monuments
and statues there on the far hill,
erect as truth, a testimony,
in ground that’s dignified by loss,
around a melancholy tree
that’s pointing toward infinity.
I am hoping that 2018 will be better than 2017.   2017 wasn't bad for me, but for the United States, my country, it was really bad.  We now have a president who doesn't care about anyone but himself, and who I think is running a criminal enterprise from the White House.
God protect us from this man.
Posted by Anne Higgins at 2:00 PM No comments:

What Books Have I Read This Year? 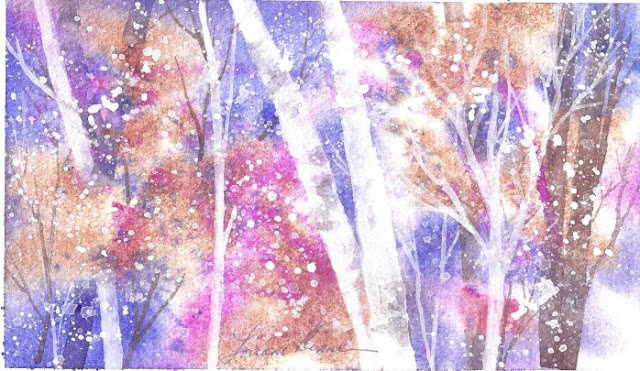 It's colder than normal, and we had an inch or two of snow today.  That's not much, considering what people are experiencing in Erie Pennsylvania right now:  five feet and more coming.

I've stayed in and slept.  I've also tried to remember the books I have read this year. So many of them were audiobooks, since I have some eye problems and save my "serious reading" for school.

But I did read a few books on Jessica Powers for my panel in New York last April, and many articles and chapters on the poetry of Stevie Smith, as well as the large book of her poems, for the seminar in West Chester in June.

Just recently, I read three of the five books I planned to read - the ones we were assigned when we went away to college fifty years ago:

Erich Fromm     The Art of Loving

I hope to talk about them at length in another entry.

The audiobooks were generally murder mysteries and thrillers: my escape reading:

I tend to get on one author and read everything I can of that person.

The Wire in the Blood

The Torment of Others

Fever of the Bone


From Doon with Death ·


Wolf to the Slaughter ·


The Wrong Side of Goodbye

In a category all by itself is  Lincoln in the Bardo,  by George Saunders,  to which I am currently listening.  It may be the most weird book I have ever encountered. 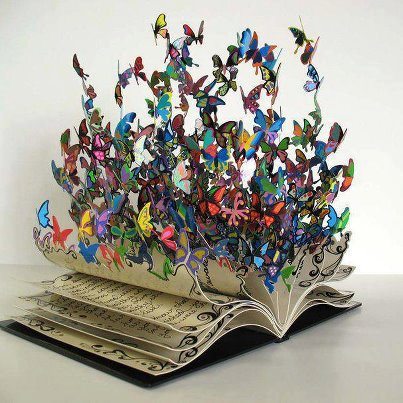 Posted by Anne Higgins at 1:01 PM No comments:

On Christmas Day in the morning 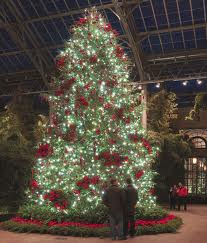 To be
Brought down at last
From the cold sighing mountain
Where I and the others
Had been fed, looked after, kept still,
Meant, I knew--of course I knew--
That it would be only a matter of weeks,
That there was nothing more to do.
Warmly they took me in, made much of me,
The point from the start was to keep  my spirits up.
I could assent to that. For honestly,
It did help to be wound in jewels, to send
Their colors flashing forth from vents in the deep
Fragrant sable that cloaked me head to foot.
Over me then they wove a spell of shining--
Purple and silver chains, eavesdripping tinsel,
Amulets, milagros: software of silver,
A heart, a little girl, a Model T,
Two staring eyes. The angels, trumpets, BUD and BEA
(The children's names) in clownlike capitals,
Somewhere a music box whose tiny song
Played and replayed I ended before long
By loving. And in shadow behind me, a primitive IV
To keep the show going. Yes, yes, what lay ahead
Was clear: the stripping, the cold street, my chemicals
Plowed back into Earth for lives to come--
No doubt a blessing, a harvest, but one that doesn't bear,
Now or ever, dwelling upon. To have grown so thin.
Needles and bone. The little boy's hands meeting
About my spine. The mother's voice: Holding up wonderfully!
No dread. No bitterness. The end beginning. Today's
Dusk room aglow
For the last time
With candlelight.
Faces love lit,
Gifts underfoot.
Still to be so poised, so
Receptive. Still to recall, to praise. 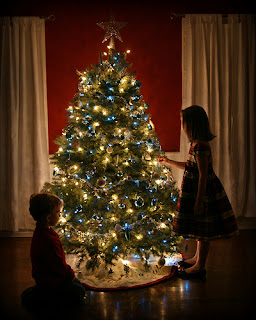 Posted by Anne Higgins at 6:45 AM No comments:

To Drive the Dark Away 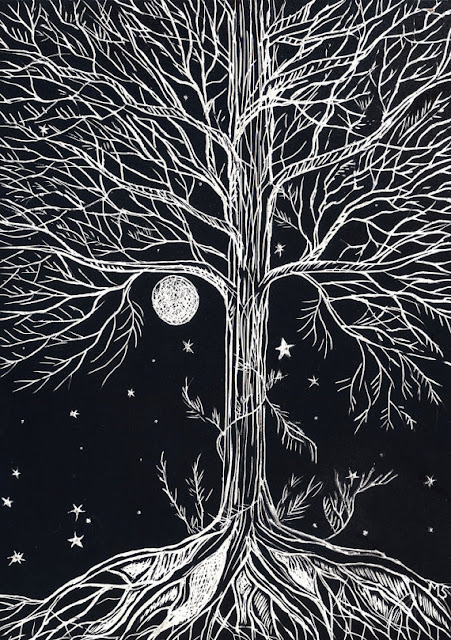 I love this poem by Susan Cooper:

And so the Shortest Day came and the year died


And everywhere down the centuries of the snow-white world


To drive the dark away.


They lighted candles in the winter trees;


They hung their homes with evergreen;


To keep the year alive.


And when the new year’s sunshine blazed awake


Through all the frosty ages you can hear them


Echoing behind us – listen!


All the long echoes, sing the same delight,


As promise wakens in the sleeping land:


They carol, feast, give thanks,


And dearly love their friends,


And hope for peace.


This year and every year. 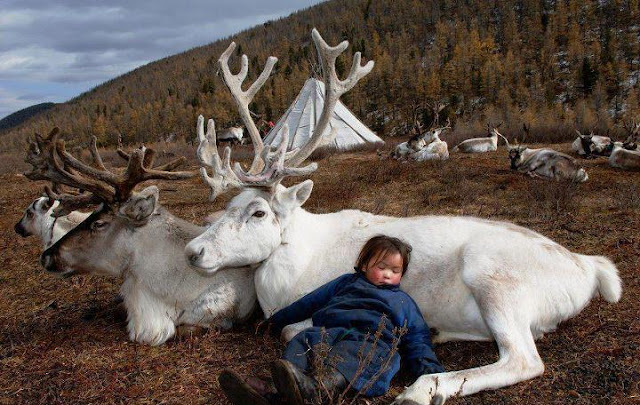 Posted by Anne Higgins at 7:36 AM No comments:

I love some of these photos of Cape May houses at Christmas.  They were posted on the "Cool Cape May"  Facebook page: 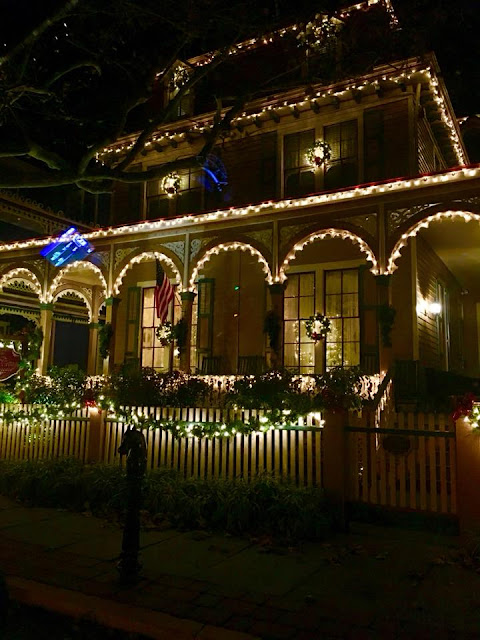 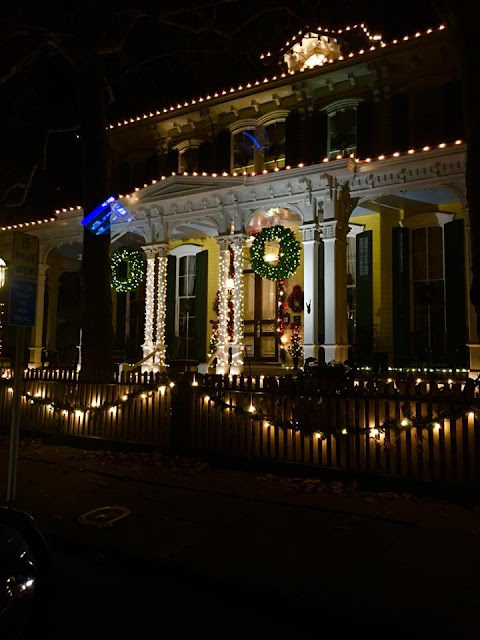 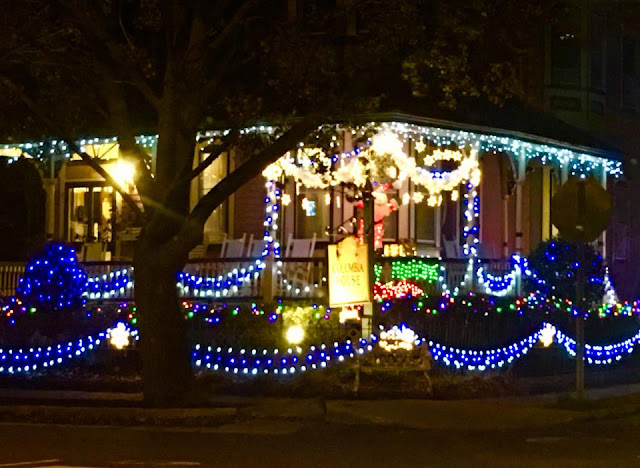 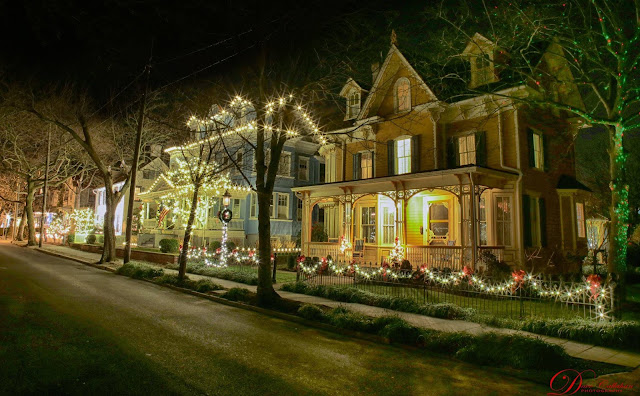 and here's a Christmas poem by Louisa May Alcott:


Cold and wintry is the sky,
Bitter winds go whistling by,
Orchard boughs are bare and dry,
Yet here stands a faithful tree.
Household fairies kind and dear,
With loving magic none need fear,
Bade it rise and blossom here,
Little friends, for you and me.

Come and gather as they fall,
Shining gifts for great and small;
Santa Claus remembers all
When he comes with goodies piled.
Corn and candy, apples red,
Sugar horses, gingerbread,
Babies who are never fed,
Are handing here for every child.

Shake the boughs and down they come,
Better fruit than peach or plum,
'T is our little harvest home;
For though frosts the flowers kill,
Though birds depart and squirrels sleep,
Though snows may gather cold and deep,
Little folks their sunshine keep,
And mother-love makes summer still.

Gathered in a smiling ring,
Lightly dance and gayly sing,
Still at heart remembering
The sweet story all should know,
Of the little Child whose birth
Has made this day throughout the earth
A festival for childish mirth,
Since the first Christmas long ago.


Posted by Anne Higgins at 4:39 PM No comments:

The Darkest Evening of the Year

So many haunting poems connected to this day: 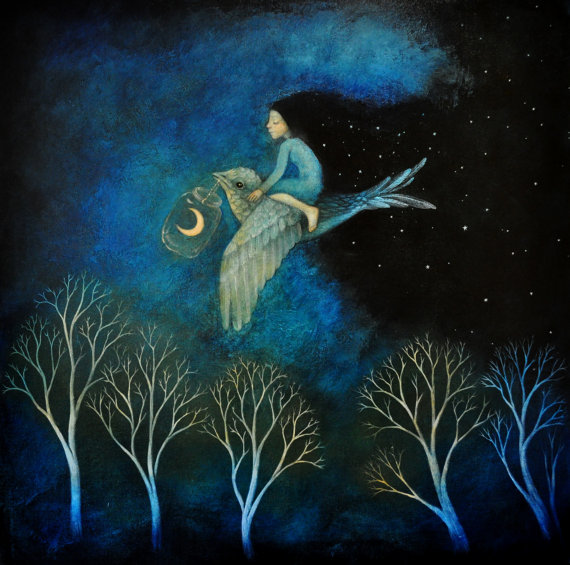 
Processional at the Winter Solstice         by Gerry Cambridge 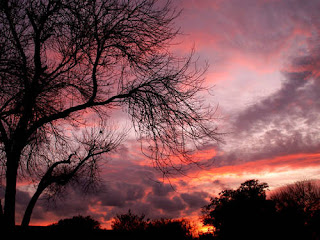 It's dark so early and so long, but it is also magical and hopeful.
After tonight, the light begins to return.
That's why we Christians celebrate Christmas at this time of year.
It's the celebration of the coming of Jesus, the Light of the World.
However, the ancient Celtic religions celebrated it too.

The ancient Celts had spirit animals.  Here is a lovely painting of one of them, clearly connected with the Winter Solstice: 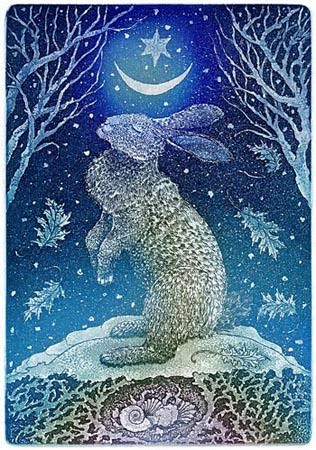 The Hare:
Amongst the animals held to have spiritual significance for the Celts was the Hare, (known to some in America as jackrabbits). The scientific name for the family group of rabbits and hares is Leporidae. Although hares and rabbits are in the same family they are different species. Generally hares are larger than rabbits, with longer ears, and have black markings on their fur. In the British Isles and Ireland there are three types of hares: the Irish Hare, the Common or Brown Hare and the Mountain or Blue Hare. They are generally herbivorous, have long-ears, are fast runners, and normally live alone or in pairs. Unlike rabbits hares do not bear their young below ground in Burrows, but in what is known as a form, which can be a nest of grass or a shallow depression.
...In Celtic mythology and folklore the hare has links to the mysterious Otherworld of the supernatural. The Irish hare is native to Ireland and carbon dating of fossils show they were present in Ireland as far back as 28,000BC. In Irish folklore the hare is also often associated with the Otherworld (Aos Si) community whose world was reached through mists, hills, lakes, ponds, wetland areas, caves, ancient burial sites, cairns and mounds. Those entities were seen as very powerful and the hares link to them sent a warning that those who harm them could suffer dreadful consequences. Shapeshifters were often said to take the form of the hare.

Another sacred animal was the Stag: 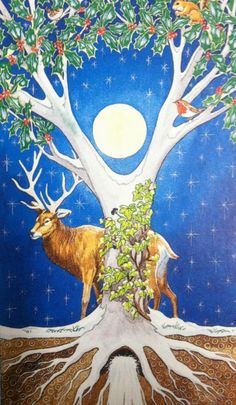 In Celtic myth and lore, the stag is an honorable symbol. This animal sign stands for nobility. Celts appreciated the regal stature of the stag. In fact, one of the prime Celtic gods, Cernunnos, is called the 'horned one'. He bears the antlers of the stag. Cernunnos is a fertility god. But more than that, the horns of Cernunnos symbolize powerful elements like: Strength, Assertion, Dominion, Excellence.


I laughed when I came across this sardonic meme from the pagans: Posted by Anne Higgins at 5:08 PM No comments: