Where are you going, Canada Geese who are not going to or from Canada?  You fly low and west, a squadron of you, not too far above my window on this full moon night. Now another squadron, or perhaps the same one joined by a battalion, flies east, on the far side of the field, toward Route 15, in the pink sky sunset.

I am waiting to take a photo of the sunset and the silhouette of the campus I have loved for forty-six years.

Carolina Wren just visited the feeder on my window. Silhouette thunked arrival, grabbed a beakful of seeds, and sprang off, as the bells rang five.

Tonight, not last night, is the full moon night, and it’s clear.  I tried to take a photo of it from my window, but it’s not much of a photo. Here’s a much better one , from a blog called "Grace-filled thoughts", unidentified photographer:

Back to reading Hannah Coulter again for class tomorrow:

I read this description of Christmas Dinner as she described it in her first year as a young married woman, in 1941, in the little town of Port William:

“I was making myself at home. In the dark way of the world I had come to what would be my life’s place, though I could not yet know the life I would live in it.” (40)

This made me think of Emmitsburg.  When I arrived here as an 18 year old girl, to the college, in 1966, I loved it right away.  But I did not know that it would be my life’s place.

“… You could say that Port William has never been the same place two minutes together. But I think any way it has ever been it will always be. It is an immortal place… (42)

That made me think of West Chester. I stopped and thought of driving West on Gay Street, through the main part of town, looking left, up at the Green Tree Building, crossing over High Street, looking at the building I knew as Woolworths that is now the Iron Hill Brewery. That street has been the scene of many dreams over the years. I think of it now and feel a deep sadness, an absence and emptiness, knowing that my parents are both dead and will never walk or drive down that street with me again.  In the years from about 1998 through 2007, when they were both still alive but so changed from the parents I grew up with, they were, in many ways, already gone, but their hearts were still beating on this earth, and their hands were still warm when I held them, and their eyes still turned to my face when I spoke to them. Now I feel their absence more strongly than I did during the first months after each of their deaths, as the combined reality of their combined death settles within me. West Chester may be immortal, but the human presence of Vince and Ellen was very mortal.  And it’s gone from the streets of West Chester, and I feel the absence. 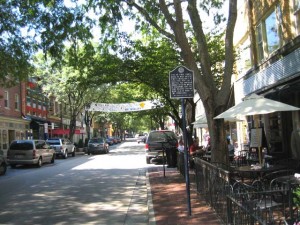 Posted by Anne Higgins at 6:38 PM No comments: Links to this post

Lately I've been reading some books about writing poetry, in hopes of getting out of my rut/block.

I'm hoping the ideas of these writers will spark something in me.

These notes come from Miller Williams' book  Making a Poem.  The first is a poem:

From  Tree Animals   by Lawrence Lieberman

Help us to dream.

They enter our sleeping heads

And hoot. They drop some feathers. 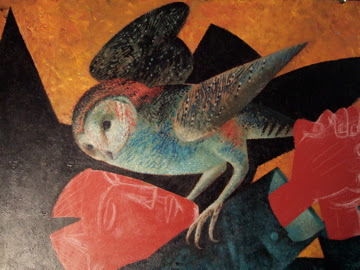 Quotes from Miller Williams, with random thoughts from me:

"Every act of writing is an excursion into memory. This is especially true of poetry."

My dream last night of visiting Mark R. in Norfolk, and getting ready to visit Sister Stephanie in Portsmouth.  Mark finding me bus routes. Me saying to him , but why can’t you just drive me there? Then me remembering I had a car with me. Needing to go back to the other apartment to get my things.Mark living in a spare white apartment with a group of young women.

"Let the poem know what you’ve learned in your life.

"...Try making your poem a narrative, perhaps a dramatic monologue, rather than a momentary expression of an emotion."

David Baker: " Be faithful to the language you heard when you were growing up; every family has its own way of talking. "    ( I remember my father and mother using the term “poor mouth” with contempt.)

"A good poem is made only in small part by the one who holds the pen and in great part by the ghosts that live in the writer’s house."

Book title:  the ghosts in the house

Question: Who are the ghosts in my house?

The ghosts I seek on Google:  Sara Bardoe, Frank Reilly, Angele Sadlier...… ghosts I will never contact, but who I wish would contact me.

(98) "The imprint of geography and geology, weather, and the pace of life makes writing not only distinctive but also better than writing with little sign of where it came from.  The wrinkles, folds, and scratches caused by a land and those who live on it enrich a reader’s experience, sharpening the reader’s feeling of having been somewhere and found something… one cannot escape being shaped by the woman and man one came from and the houses one walked by on the way to school." (Williams 98)

(103)  "Paradox:  the truth is that math and all other instruments and techniques are used by a scientist to pull away from the human condition. Insofar as one is a creature of love and hate, of fear and self-delusion and maniacal certainties, one cannot hope to serve science.  Only by escaping the endless contradictions and confusions of the purely human world, the world of poetry and pride, of sidewalk preaching and used-car dealers – all using the small language of words – only by setting aside these things can the scientist hope to deal with the phenomenological universe… The artist, on the other hand, the person who creates for us an illusion of natural experience in which we can participate, is less concerned with concept. The artist works with details, with particular things, with the furniture of this world, in order to stir our imaginations to a sense of experience, half vicarious, half empirical. The artist is content to let others arrive at any “truth” by means of that experience.  The poem is a thing, built of particularities, and insomuch as it loses its very particularity it loses its value as a poem. We are told, anyway, that this points to a difference, a significant difference, between the scientist and the humanist.  But is it?" (103)

"…The scientist begins with particulars, and from the nature of these particulars extrapolates principles; the engineer employs these principles to build a bridge or a rocket and so comes back full circle to the particular. But if we are to speak of the tow fields as one, then we can say that science  in the broadest sense watches the thing, figures out what general rules are directing it, causing it to behave in a certain way, and employs these same rules to be able to (1) anticipate behavior, and (2) to control it.

… the humanist – the philosopher, the theologian, the historian, also studies the thing, which is the human being, and tries to figure out what makes us act as we do, whether there is a system working through our comings and our goings.

…the humanist is concerned with the value of communications of an experience, with what meaning or insight is to be drawn from it."  (104)

Getting too far from things here.  The other Williams,  William Carlos Williams, said "No ideas but in things."  and I like that better.

Enough on this Full Moon night which is so overcast that I cannot see the moon.


Posted by Anne Higgins at 6:54 PM No comments: Links to this post

One of the many PERSONS for whom I am grateful

is Teresa , my student from almost forty years ago, who is now my friend.

Today I am grateful for her computer expertise, which showed me how to free this blog from the stranglehold of  the add-ons, or cache, or whatever was putting up those ads!

But I am grateful even more for her personal presence in my life - loyalty, creativity, humor... for inviting me into her family. 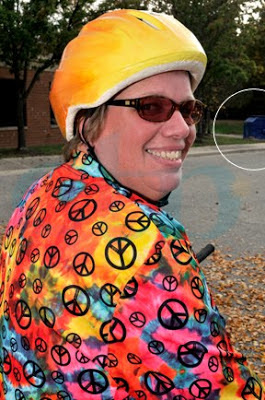 Posted by Anne Higgins at 9:53 AM No comments: Links to this post

One thing for which I am NOT thankful

Blogger has intruded on my blog by inserting all these unwanted ads.  My text is suddenly filled with underlined random words which, if the reader clicks on them, leads one to another site or ad.

Readers, please ignore these!  I did not put them in, but I can't figure out how to remove them!

So sorry for this annoyance. 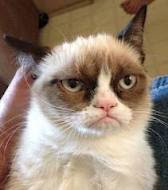 Posted by Anne Higgins at 7:53 AM No comments: Links to this post

Light takes the tree, but who can tell us how?

One of my all-time favorite lines, from Theodore Roethke's villanelle   "The Waking"

It’s 5:13PM on Wednesday, November 21. The darkness will continue to grow for another month, until the Winter Solstice of December 21.

I love this time of the day in the late fall, love to have the time to sit by the window and watch the sky wash out from blue to pink to peach, to see the darkness grow. I love to watch the tree branches become silhouettes, and then disappear into the night.  I especially love the twilights when the sky is aflame with sunset.

One of the places I lived was a house on Alto Road in Baltimore, right on the edge of the city, on the edge of Leakin Park, in a very hilly neighborhood of hundred year old houses, including ours.  I loved my room there, on the corner with a window facing west and another two facing north. A great old red oak tree grew right at the edge of the porch roof by that north facing window.  The west facing window had a view of a crowd of younger trees, among them a tall and skinny maple.  So often I was treated to that flaming sunset sky on these November evenings.  The world outside the house was redolent with the smell of trees and leafmold, a high cold forest smell. 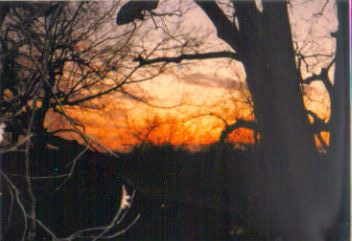 The world outside my window here has some of that smell, but not quite the same.  I smell autumn earth and leaves, but more of a cold country air. It is the smell I always associate with Emmitsburg, with the days of my youth when I was a girl in college here, walking in this evening delight, smelling this earth smell.  Very different from the smell of suburban West Chester… partly because I wasn’t out walking in the dark very much when I lived in West Chester. Partly because I just didn’t notice the world the way I did when I came to Emmitsburg.

Posted by Anne Higgins at 4:26 PM No comments: Links to this post