Our calm hearts strike only the hour 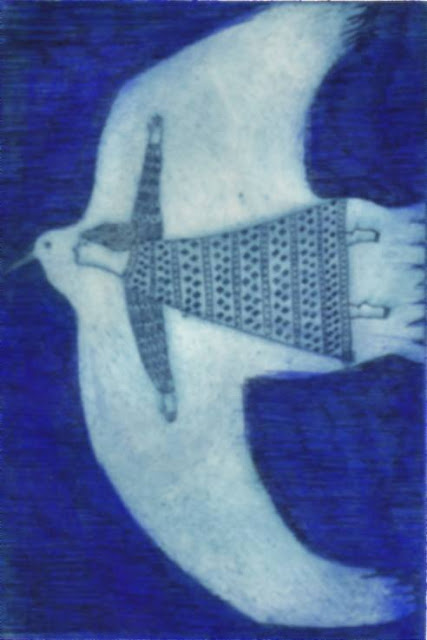 Woman inside Bird  by Yuko Hosaka
My heart is not calm, but the prompt on the "Daily Post" page is the word "calm."
I found this wonderful poem by Jane Kenyon, and had to post it on this page, too:
﻿


Notes from the Other Side

I divested myself of despair


and fear when I came here.

Now there is no more catching


one’s own eye in the mirror,

there are no bad books, no plastic,


no insurance premiums, and of course


does not exist, nor gnashing

of teeth. No one howls as the first


clod of earth hits the casket.

The poor we no longer have with us.


Our calm hearts strike only the hour,

and God, as promised, proves


to be mercy clothed in light. 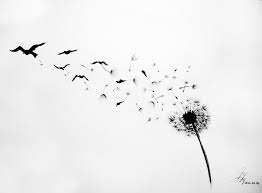 Posted by Anne Higgins at 11:22 AM No comments: Links to this post

The Darkest Evening of the Year 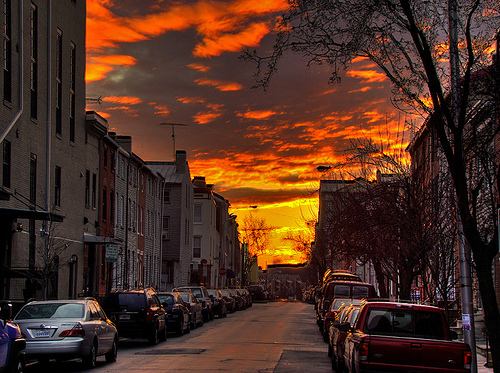 I feel that the year is turning toward the light after this night.  I hope my country is , too, and the rest of the world.

I've been posting on the Wordpress blog of this same name, but those entries are very impersonal. They are mostly poems and pictures responding to the Daily Prompt.  But they are still good poems.

I've been preoccupied with endings.

It seems that so much of what I have been involved with in my adult life has either closed, ended, or is about to.  My beloved college, which closed in 1973... but  the places where I taught:  Saint Luke's Elementary School, Seton High School, and now, Seton Keough High School.  At least my own alma maters, Saint Agnes Elementary in West Chester, and Bishop Shanahan High, are still alive and flourishing.  But I am also thinking about my religious community.  Three of our youngest members left the community in September and October. True, two new members joined us,  but it's nothing to compare with the forty something women who left this earth for their eternal home.  You don't replace  forty with two.

My friend and fellow artist, Sister Janet Gildea from the Sisters of Charity of Cincinnati, wrote a compelling entry in her blog about this topic: she called it "Completion."  Reading her thoughts concretized my own thoughts.  Among other things, she said:

"...Now there are only three Sisters of Charity in the city. It takes no stretch of the imagination to realize that soon there will be none. What heartache! In my mind, I counted the remaining SCs in the cities "up the line" from Albuquerque to Denver: fewer than 20. Behind the driver's seat we carried a large wood-carved statue of St. Francis from Catholic Charities in Albuquerque honoring the ministries of our sisters. I honored them in my heart, remembering so many stories they shared with me when I came to New Mexico just after first vows in 1986. I love our history here in the Southwest and I am grateful that I was able to experience the years of its completion.

...St. Joseph Sr. Carol Zinn (SSJ) used that word "completion" in her remarks to the Resource Center for Religious Institutes, saying that it is not a question of "if" but "when" congregations in Europe, North America and Australia will complete their stories.

She is hopeful, though:

"...What new "expression of religious life," as Zinn said, will meet the demands of ministry not just today but tomorrow? Who knows? I believe that our newest members have the eyes for those horizons. Reading even a few recent titles from GSR's Horizons writers gives a sense of what they see: "A crash course in organizing: Overcoming fear," "Building soil, cultivating peace," "A consistent ethic of life is as relevant now as it was 30 years ago," "I don't know black," "Living, loving and leading in fog," and "An experiment in hope." These young sisters are expressing how consecrated life will evolve. When they come, they may be new to the culture of congregation and even cultural Catholicism but they are often well-equipped with skills for collaboration, networking, appreciating diversity, community living, sustainability, and, of course, technology. And they are quick learners...

"We readily acknowledge that we live in the tension between what is and what is not yet. Most congregations have set processes in motion for the transition of sponsored ministries, stewardship of resources, and care of the elders. We have all known the delicacy of convening gatherings of those sisters of a certain chronological age to have the critical conversations about the future. We have worked so diligently towards inclusion and consensus that we can hardly consider a process that leaves anyone out. I wonder, though, if this is somehow a way that we resist the inevitable completion that Carol Zinn dares to name."

Maybe these thoughts are coming because of my age.  Such an increase in the number of people I know/knew  who have crossed to the other side...

And then I get to thinking that my own nation is facing its end... the end of representative democracy as we knew it... the end of its position as
"leader of the free world..."   Not to mention the end of its beautiful environment.  The end of Robins and oak trees, of clean rivers and streams...

In the language of my Boomer generation , this blog entry is a downer.

Readers, you probably gave up reading to the end of it several paragraphs ago. 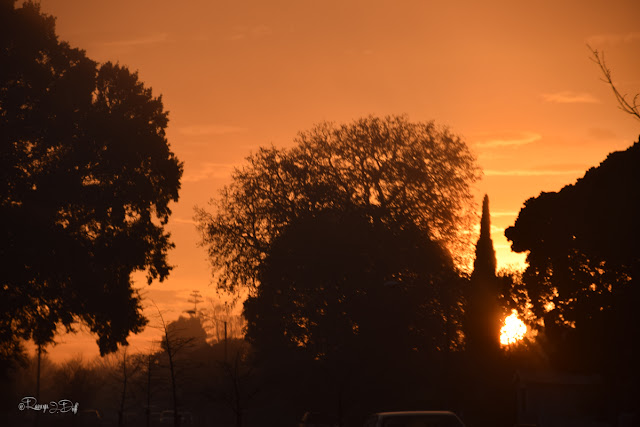 Posted by Anne Higgins at 2:30 PM No comments: Links to this post