We've had erratic weather. These photo show my garden , where daffodil and hyacinths are emerging way too early.  Don't tell me climate change is a myth! 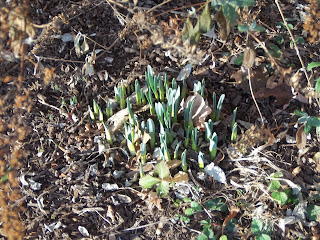 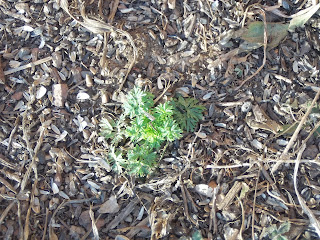 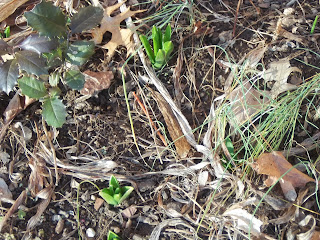 
The Daffodils and Hyacinths have antifreeze in their stems, my father used to say.  But that tender Hyacinth won't survive the cold that's surely returning.

And since Jan.12, when I took those photos, the cold has returned.

As for me and this long time of no blog entries...

Should have been writing.

I was working on the new course I'm teaching this semester: Poetry Writing.  Very happy to be teaching this course, but I had to work from scratch. Actually, I worked on it over Fall Break, too, but put the finishing touches on during the long Christmas Break.

Then, I had a call a few days after Christmas about a tragedy in the family of one of my close friends.
Her 36 year old son was found dead on Dec.29, in his home.  He was not married and owned his own home. The cause of death looks like an accidental drug overdose, but my friend still doesn't have a death certificate because the whole thing involved police , and an autopsy, and a toxicology report.
She has one other son who is five years older, married with children.  He found his brother's body. So both he and my friend are just devastated.  So I was up in West Chester for five days right after New Years, staying with our mutual friend and her husband, attending the wake and funeral and burial, and visiting.  Really a heartbreaker.

So school just began on Monday, and I am beginning to write poetry again, with my class.

I'm adding these drafts to my Eighth round of 30/30 ( which I haven't posted on the ITWS forum, but have posted some here)  and hope to post some of the new ones here in the next few days.
Posted by Anne Higgins at 4:29 PM No comments: Links to this post