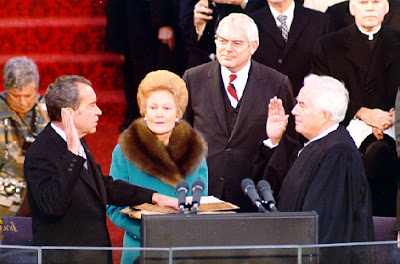 Here's a poem from my book Vexed Questions.

I read it now and think about the inaugurations since then:  Bush 1, Clinton, Bush 2, Obama, and now, Trump. Eight, counting the two-termers-  about 30 years.  If you had told me six years ago, when I wrote that poem, how things would be in 2019, I would have laughed in your face.  Irony is bitter sometimes. 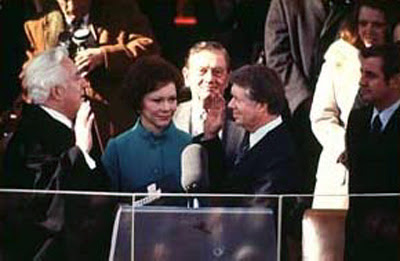 
we migrated to the living room


of our crowded row house in Baltimore


all of us young, in our first or second jobs


with us, sitting on the worn grey rug


We sat on the floor in front of the TV


as we did when we were children


We smoked and laughed at Nixon


as we did when we were children


We rode the bus across Washington


in the frigid night, our evening gowns


When we walked over to Union Station


for Carter’s Inaugural Party, in the knee-deep snow.


In the light from taxis and cars


the snow was lilac, and we laughed,


carried our own bottles of champagne.


drenching me on the way to the polls


an editorial writer sounded the warning:


The limousines rolled down Pennsylvania Avenue.


The rich, back in town.


Thus was the inauguration of 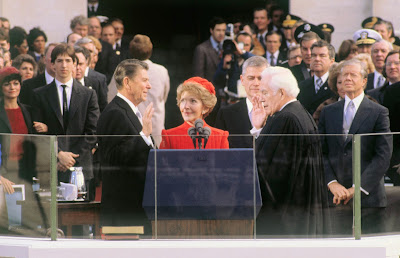