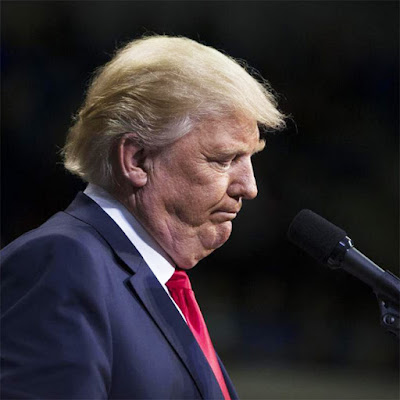 I can't help myself.  Whenever I read an editorial or essay that supports my own perceptions of Trump,  I just have to share it here.   Even so, it is depressing but true:

Why Trump can’t change, no matter what the consequences are
Tony Schwartz

In April 2016, on the verge of securing the Republican nomination for president, Donald Trump announced that his “campaign is evolving and transitioning, and so am I.” At a rally around the same time, he told supporters that “at some point, I’m going to be so presidential that you people will be so bored,” but “I just don’t know that I wanted to do it quite yet.”
When Trump was elected, some critics held out hope that he would grow in office, as other presidents have. No one believes that’s possible anymore. After Mick Mulvaney took over as Trump’s third chief of staff last December, he let it be known that his approach would be to “let Trump be Trump.” Mulvaney was simply succumbing to reality. As Trump himself has said, he is essentially the same person today that he was at age 7. He has his story, and he’s sticking to it.

Growth and development are about seeing more. The wider, deeper and longer our perspective, the more variables we can consider — and the more capable we become. Likewise, the more responsibility we take for our behaviors, and the less we blame others for our shortcomings, the more power we have to influence our destiny.
None of this is possible for Trump.

I got to know Trump three decades ago when he hired me to write “The Art of the Deal.” Although the book became a bestseller, working with him was deeply dispiriting, given his almost complete self-absorption, the shortness of his attention span and the fact that he lied as a matter of course, without apparent guilt.
I wrote ‘The Art of the Deal’ with Trump. His self-sabotage is rooted in his past.
After that, I tried to steer my life in a direction as far from Trump as possible, and the next book I wrote was titled “What Really Matters: Searching for Wisdom in America,” an exploration of people who had found success and satisfaction in ways vastly different than Trump’s focus on wealth, power and fame. In 2003, I founded the Energy Project to help leaders and their employees pursue healthier, happier, more productive and more meaningful lives. We’ve helped organizations ranging from Google and Pfizer to Save the Children and the Los Angeles Police Department.

As part of our work, we encourage clients to ask themselves two key questions in every challenging situation: “What am I not seeing here?” and “What’s my responsibility in this?” These questions emerged from studying developmental psychology. Jean Piaget’s theory of cognitive development describes four increasingly complex stages of thinking that we move through in childhood. As we grow up and become less self-centered, our perspective gets progressively bigger and more complex. Thinkers such as Robert Kegan, William Torbert and Susanne Cook-Greuter have described the potential for further growth as adults. Cook-Greuter’s framework, for example, refers to “nine stages of increasing embrace,” characterized both by deeper and deeper self-awareness and the capacity to take into account a wider world.

Those theories teach us that humility enables learning and growth — but Trump confuses humility with humiliation and defaults instead to hubris and grandiosity. “I alone can fix it,” he told us when he was nominated for president. On multiple  occasions since, describing virtually any subject, he has begun with “Nobody knows more about ____ than I do.”
In reality, Trump’s worldview remains remarkably narrow, shallow and short-term. It’s narrow because he is so singularly self-absorbed, which has been true throughout his life. In the 18 months I worked with him, I can’t remember a single time Trump asked me a question about myself. I never saw him engage for more than a cursory couple of minutes with any of his three young children.

Trump’s knowledge and understanding remain shallow because he resists reflection and introspection and struggles mightily to focus. When I set out to interview him for “The Art of the Deal” in 1986, he was unable to keep his attention on any subject for more than a few minutes. “I don’t like talking about the past,” he would tell me. “It’s over.” After a dozen interview attempts, I finally gave up and settled instead for piecing the book together by sitting in Trump’s office listening in on his constant stream of brief phone calls.

His need for instant gratification prevents him from considering the longer-term consequences of his actions. Instead, he simply reacts in the moment. This helps to explain why he moves into overdrive whenever he feels attacked. On Wednesday alone, as the furor around him grew, Trump tweeted furiously, more than 20 times in all. “Nancy Pelosi needs help fast!” he declared in one post, after the House speaker walked out of a meeting with Trump that Democrats described as a presidential meltdown. “Pray for her, she is a very sick person!”
Trump always lashes out when he’s cornered
The negative qualities we ascribe to others are often those we find it most intolerable to see in ourselves. Throughout his adult life, Trump has viewed the world as a dark, dangerous place teeming with enemies out to get him. In the face of potential impeachment, this fear has escalated exponentially. The threat he imagines is no longer just to his fragile sense of self but, realistically, to his future as president. Any capacity Trump ever had to think clearly or calmly has evaporated. Instead, he’s devolved into anger, blame, aggression and sadistic attacks.

When people enter this “fight or flight” state, the amygdala — the lower part of our brain known colloquially as “fear central” — takes over from our prefrontal cortex. This wasn’t much of an issue when I worked with Trump because he was riding high. Now, like a drowning man, all that matters to him is survival, no matter how much collateral damage his behaviors cause.

The only wall Trump has built is around himself, to keep his own insecurity and vulnerability at bay. Ironically, his defense consistently produces precisely what it’s meant to protect against. That is just what happened when the Wall Street Journal broke the story of his attempt to pressure Ukrainian President Volodymyr Zelensky to investigate Hunter Biden. In an impulsive attempt to defend himself, Trump released the transcript of their conversation, which substantiated the very point he was seeking to undercut and led to the current impeachment inquiry in Congress.

The same thing happened when Trump suddenly decided to withdraw U.S. troops from Syria. After even his most loyal Republican supporters condemned the action, he reacted with anger, singling out Sen. Lindsey Graham, one of his most vociferous defenders. Once it became clear that the withdrawal was a terrible mistake, Trump reacted by writing a crude, bullying letter to Turkey’s President Recep Tayyip Erdogan, threatening to destroy Turkey’s economy.

Trump’s behavior is an extreme version of what we observe every day in our work at the Energy Project. Facing threats to their businesses and uncertainty about the future, leaders instinctively double down on what’s worked best for them in the past. The problem is that any strength overused eventually becomes a liability: Confidence turns into arrogance. Courage becomes recklessness. Certainty congeals into rigidity. Authority moves toward authoritarianism. Feeling attacked and aggrieved, Trump becomes more Trumpian.

The prerequisite to growth is the capacity to self-regulate, which frays under stress. As an antidote, we encourage our clients to practice something we call the “Golden Rule of Triggers”: Whatever you’re compelled to do, don’t. Compulsion means we’re no longer in control of how we respond, which is so often the case for Trump. But it is possible to better manage our triggers. Even a brief period of deep breathing, for example, can clear the bloodstream of the stress hormone cortisol and return control to the prefrontal cortex.
To grow, we need an inner observer — the ability to stand back from our emotions rather than simply acting them out. Trump is a prisoner of his poor self-control, his inability to observe himself and his limited perspective. Refusing to accept blame or admit uncertainty is a habit he developed early in life to protect himself from a brutal father, whose withering criticism he had watched drive his older brother, Fred Jr., to alcoholism and an early death.  In Trump’s mind, if he is not seen as all good, then he is all bad. If he’s not viewed as 100 percent right, then he is 100 percent wrong.

Growth is possible only when we can see ourselves not as right or wrong, good or bad, strong or weak, but as all of who we are. We won’t change Trump, and he won’t change himself, but we can grow ourselves. The more we see and acknowledge — our best, our worst and all the shades in between — the less we feel compelled to defend our own value, and the more value we can add in the world. 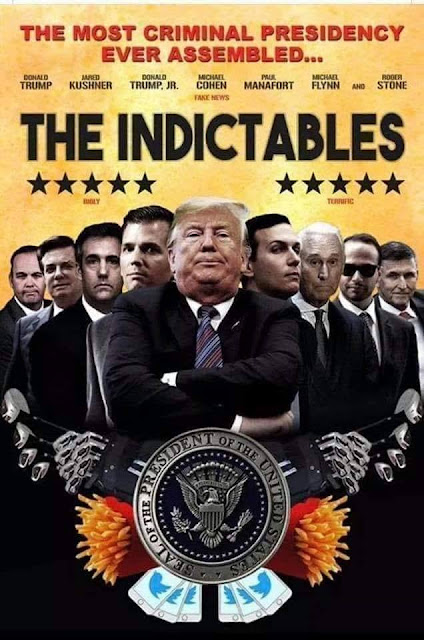