Every day, another worry 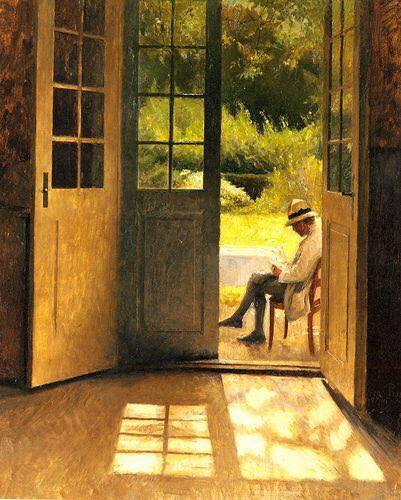 October first is an open door to the new season. Here, it was 90 degrees today, but there's a promise of rain and a change to cooler tomorrow.  The world is still more green than golden, but not for long.

Meanwhile, I worry about our country.  Various political pundits have described the president's behavior like this:


The key was its simplicity: By channeling the details of Trump’s misconduct into a formal complaint and then feeding it into the intelligence community’s system, the whistle-blower has thrown a wrench into Trump’s heretofore insurmountable deflect-by-chaos machine. As the scandal escalates, Trump and his White House seem to be in increasing disarray. He released a damaging reconstructed transcript of his July 25 call with Ukraine’s president, which left even some of his Republican allies scratching their heads. He threatened the whistle-blower’s sources in front of a room full of U.S. diplomatic staff. His communications team mistakenly emailed a strategy memo to Democratic lawmakers, then tried to recall the message. His personal lawyer, Rudy Giuliani, who is also implicated in the scandal, has tried to drag the State Department down with him, while also embarking on confusing rants in conversations with reporters.
Despite the White House’s best efforts, the fact that the whistle-blower filed a complaint through proper government channels has made it harder for the usual attacks about traitors and dirty tricks to stick. Michael Atkinson, the inspector general who handled the complaint, and Joseph Maguire, Trump’s recent appointment as acting director of national intelligence, have already come to the whistle-blower’s defense.


As his presidency has progressed, the victories have become fewer and farther between while the din of disapproval has grown louder. Still, for Trump, thethreat of impeachment represents a new frontier in haterdom—and it seems likely to deepen his sense of personal grievance. If history is any guide, Americans can expect even more volatile behavior from a president already prone to volatility.

from the meme makers: 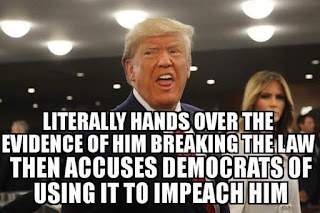 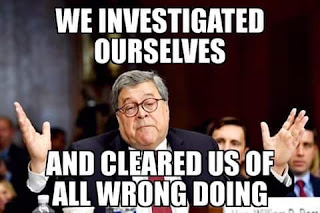 The corruption is so wide and deep, it seems impossible to eradicate.
Two years ago , Howard Dean said that Trump was conducting a criminal enterprise from the White House.   Each day, I believe him more.

How will this all turn out?