I wake in the middle of the night

worried about our country.  I really shouldn't watch Rachel Maddow or, in the morning, listen to Morning Joe.  And then I read some frightening posts on Facebook like this one:

( it's very long so I will edit out parts of it)

If Americans really knew what (James)Buchanan thought and promoted, and how destructively his vision is manifesting under their noses, it would dawn on them how close the country is to a transformation most would not even want to imagine, much less accept.
That is a dangerous blind spot, MacLean argues in a meticulously researched book, Democracy in Chains, a finalist for the National Book Award in Nonfiction. While Americans grapple with Donald Trump’s chaotic presidency, we may be missing the key to changes that are taking place far beyond the level of mere politics. Once these changes are locked into place, there may be no going back.

...Buchanan, MacLean notes, was incensed at what he saw as a move toward socialism and deeply suspicious of any form of state action that channels resources to the public. Why should the increasingly powerful federal government be able to force the wealthy to pay for goods and programs that served ordinary citizens and the poor?
In thinking about how people make political decisions and choices, Buchanan concluded that you could only understand them as individuals seeking personal advantage. In an interview cited by MacLean, the economist observed that in the 1950s Americans commonly assumed that elected officials wanted to act in the public interest. Buchanan vehemently disagreed — that was a belief he wanted, as he put it, to “tear down.” His ideas developed into a theory that came to be known as “public choice.”
Buchanan’s view of human nature was distinctly dismal. Adam Smith saw human beings as self-interested and hungry for personal power and material comfort, but he also acknowledged social instincts like compassion and fairness. Buchanan, in contrast, insisted that people were primarily driven by venal self-interest. Crediting people with altruism or a desire to serve others was “romantic” fantasy: politicians and government workers were out for themselves, and so, for that matter, were teachers...

...The people who needed protection were property owners, and their rights could only be secured though constitutional limits to prevent the majority of voters from encroaching on them, an idea Buchanan lays out in works like Property as a Guarantor of Liberty (1993). MacLean observes that Buchanan saw society as a cutthroat realm of makers (entrepreneurs) constantly under siege by takers (everybody else) His own language was often more stark, warning the alleged “prey” of “parasites” and “predators” out to fleece them.
In 1965 the economist launched a center dedicated to his theories at the University of Virginia, which later relocated to George Mason University. MacLean describes how he trained thinkers to push back against the Brown v. Board of Education decision to desegregate America’s public schools and to challenge the constitutional perspectives and federal policy that enabled it. She notes that he took care to use economic and political precepts, rather than overtly racial arguments, to make his case, which nonetheless gave cover to racists who knew that spelling out their prejudices would alienate the country.

...Suppressing voting, changing legislative processes so that a normal majority could no longer prevail, sowing public distrust of government institutions— all these were tactics toward the goal. But the Holy Grail was the Constitution: alter it and you could increase and secure the power of the wealthy in a way that no politician could ever challenge.
Gravy Train to Oligarchy
MacLean explains that Virginia’s white elite and the pro-corporate president of the University of Virginia, Colgate Darden, who had married into the DuPont family, found Buchanan’s ideas to be spot on. In nurturing a new intelligentsia to commit to his values, Buchanan stated that he needed a “gravy train,” and with backers like Charles Koch and conservative foundations like the Scaife Family Charitable Trusts, others hopped aboard. Money, Buchanan knew, can be a persuasive tool in academia. His circle of influence began to widen. 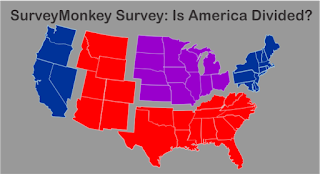 ...With Koch’s money and enthusiasm, Buchanan’s academic school evolved into something much bigger. By the 1990s, Koch realized that Buchanan’s ideas — transmitted through stealth and deliberate deception, as MacLean amply documents — could help take government down through incremental assaults that the media would hardly notice. The tycoon knew that the project was extremely radical, even a “revolution” in governance, but he talked like a conservative to make his plans sound more palatable.

...Most Americans haven’t seen what’s coming.
MacLean notes that when the Kochs’ control of the GOP kicked into high gear after the financial crisis of 2007-08, many were so stunned by the “shock-and-awe” tactics of shutting down government, destroying labor unions, and rolling back services that meet citizens’ basic necessities that few realized that many leading the charge had been trained in economics at Virginia institutions, especially George Mason University. Wasn’t it just a new, particularly vicious wave of partisan politics?
It wasn’t. MacLean convincingly illustrates that it was something far more disturbing.
MacLean is not the only scholar to sound the alarm that the country is experiencing a hostile takeover that is well on its way to radically, and perhaps permanently, altering the society. Peter Temin, former head of the MIT economics department, INET grantee, and author of The Vanishing Middle Class, as well as economist Gordon Lafer of the University of Oregon and author of The One Percent Solution, have provided eye-opening analyses of where America is headed and why. MacLean adds another dimension to this dystopian big picture, acquainting us with what has been overlooked in the capitalist right wing’s playbook.

...Buchanan was not a dystopian novelist. He was a Nobel Laureate whose sinister logic exerts vast influence over America’s trajectory.

...The rules of the game are now clear.
Research like MacLean’s provides hope that toxic ideas like Buchanan’s may finally begin to face public scrutiny. Yet at this very moment, the Kochs’ State Policy Network and the American Legislative Exchange Council (ALEC), a group that connects corporate agents to conservative lawmakers to produce legislation, are involved in projects that the Trump-obsessed media hardly notices, like pumping money into state judicial races. Their aim is to stack the legal deck against Americans in ways that MacLean argues may have even bigger effects than Citizens United, the 2010 Supreme Court ruling which unleashed unlimited corporate spending on American politics. The goal is to create a judiciary that will interpret the Constitution in favor of corporations and the wealthy in ways that Buchanan would have heartily approved.

“The United States is now at one of those historic forks in the road whose outcome will prove as fateful as those of the 1860s, the 1930s, and the 1960s,” writes MacLean. “To value liberty for the wealthy minority above all else and enshrine it in the nation’s governing rules, as Calhoun and Buchanan both called for and the Koch network is achieving, play by play, is to consent to an oligarchy in all but the outer husk of representative form.”

Nobody can say we weren’t warned. 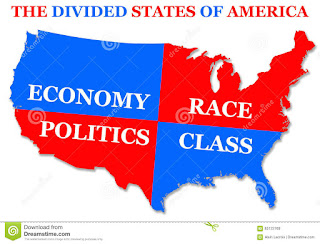