I yearn to be in Paris this October 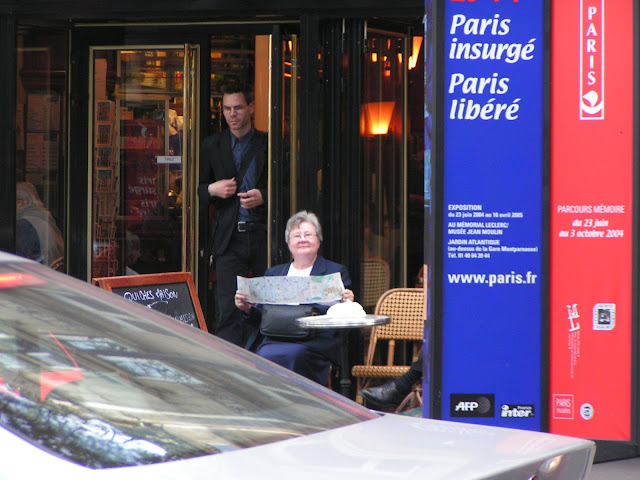 Here I am in October 2004 at a cafe near Sainte-Chappelle.

I have been to Paris four times:  Summer 1970, just through it on the train;  Summer 1976, for just four days, with students on a foreign study trip; October 2004, for 19 days , on a Heritage trip with the Daughters of Charity, and in March 2018, all month, staying at our Motherhouse.

The weather in March was blustery, rainy, and cold, but I still loved being there.  The weather in October was much better, but I was tied up in talks and meetings and side trips, and only had about two days when I could wander around on my own.

So I would love to go back.  Between the strictures of my community and my own health problems, I will probably never go back. Still.... 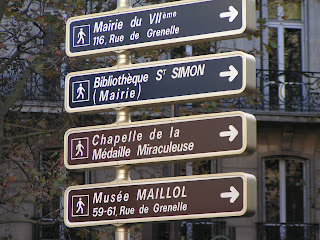 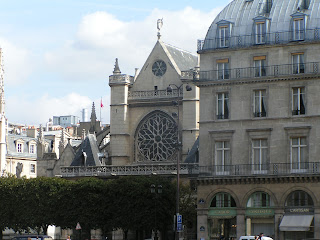 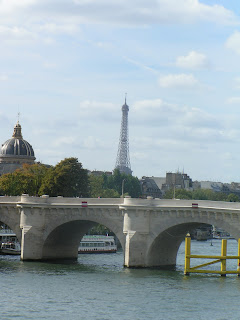 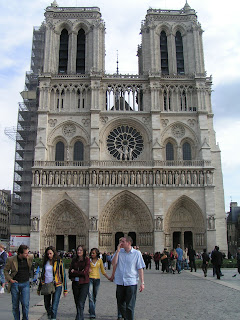 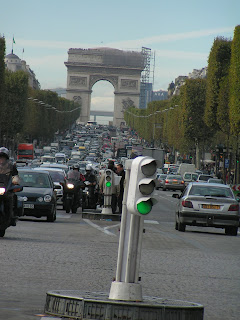 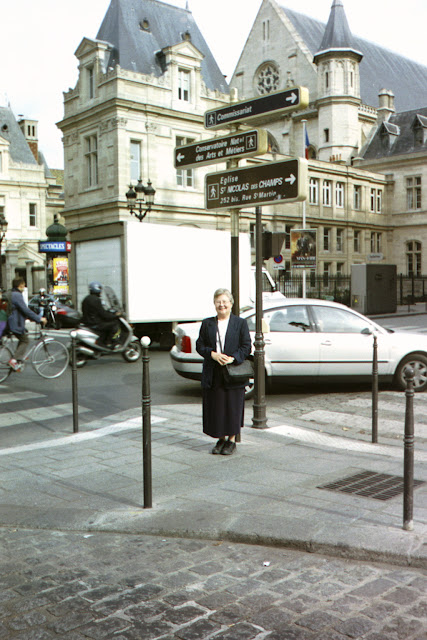 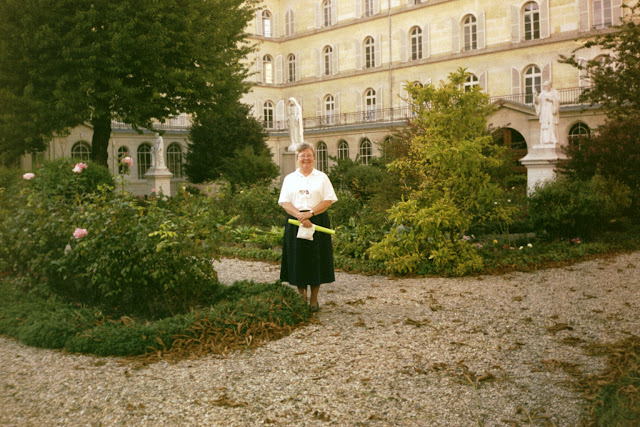 in the Motherhouse garden. Note the green trees and my lack of sweater or coat. 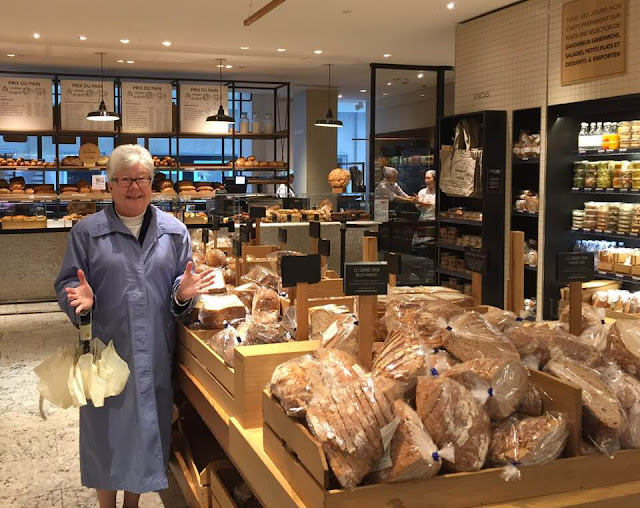 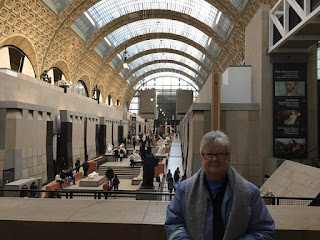 in the Musee d'Orsay 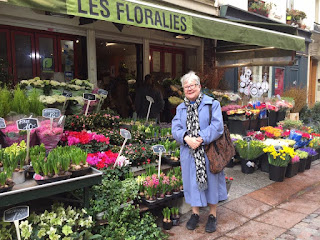 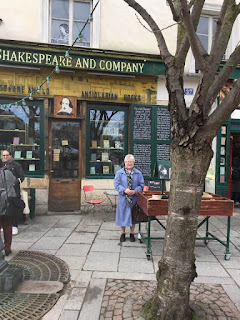 at Shakespeare and Company 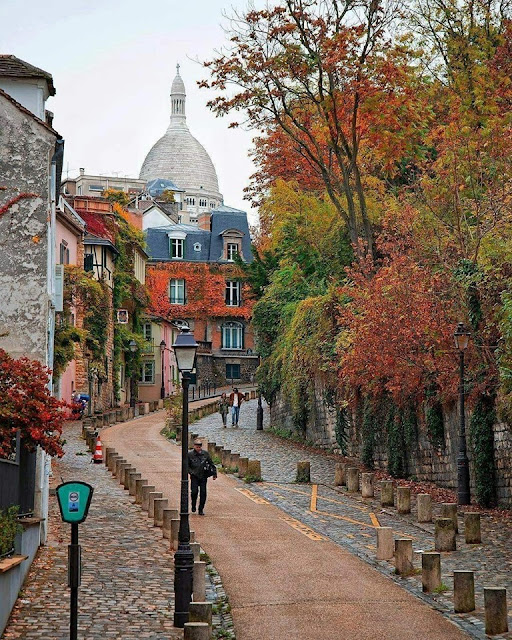 Monmartres in the fall.  Not my photo,  but somewhere I have not yet visited.